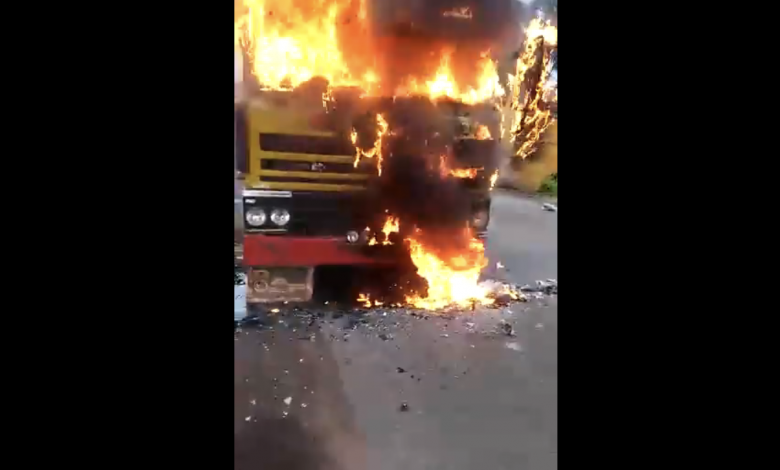 Unknown Gunmen have burnt down a truck loaded with cows in Uga, Aguata LGA of Anambra State on Sunday.

It was gathered that the truck was on its way to a market when the gunmen struck.

Eyewitness reports reveal some occupants of the truck were injured in the deadly attack. Naijinfo has video footage from the scene which can be seen below.

This attack is coming a few weeks after a military couple was gruesomely killed by Gunmen in Imo state. The Killing elicited negative reactions from Nigerians who demanded immediate action from security agencies in ensuring the capture of the culprits.