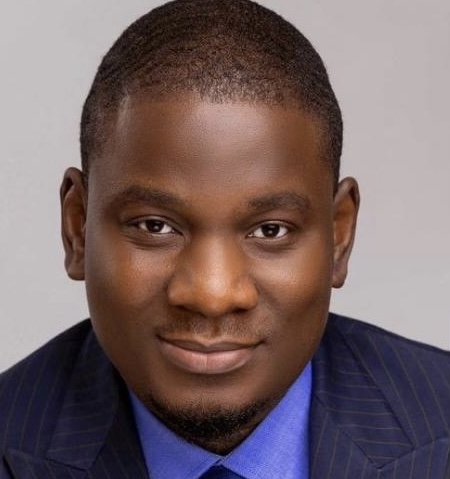 The Governor also named the Special Adviser, Governor’s Office, Mr Foluso Daramola, as the new Secretary to the State Government.

According to a statement by the Chief Press Secretary to the Governor, Mr Yinka Oyebode, the two appointments are with immediate effect.

Mr Ibitola, 39, formerly a Personal Assistant to the Governor, was until his elevation, the Deputy Chief of Staff to the Governor. He takes over from Mr Biodun Omoleye, who recently resigned his appointment to pursue his political interest.

Ibitola hails from Usi-Ekiti, Ekiti State. He obtained an M.Sc degree in Corporate Communications and Public Affairs from Robert Gordon University, Scotland, United Kingdom. Few years after his graduation from the University of Ado-Ekiti in 2004, where he bagged a Bachelor of Science (B.Sc) degree in Political Science, he proceeded to obtain an Executive Certification in Advanced Negotiation from Harvard Law School (HLS), Harvard University, USA. He is an alumnus of Air Force Secondary School, Ikeja.

Before venturing into public service in 2010, he worked and collaborated extensively with the Corporate Affairs department of Ancient International Infrastructure, Osborne Foreshore Estate, Ikoyi, where he outstandingly improved the course of the organization through provision of informed analysis and strategy on internal audit, external marketing, and communications. He transitioned from the private sector to public service due to his desire to be part of the critical mass that can change the course of democratic governance in Nigeria, starting with Ekiti State.

Tolu Ibitola has an approach to public service that is matched by exceptional commitment, creativity, intellectual foresight, and enterprise. He has demonstrated his foundational skills and fresh spectrum of ideas as Personal Assistant to the Governor of Ekiti State from 2010-2014, and Personal Assistant to the Minister of Mines and Steel Development from 2016-2018. He currently serves as Deputy Chief of Staff to the Governor of Ekiti State and Chairman of the Nigeria Governors’ Forum. His roles include, among others, monitoring of the day-to-day activities of different departments within the Governor’s Office, ensuring that cross-departmental relations and output adhere to the wider framework of the administration’s vision and concerns are channeled to the appropriate quarters for prompt resolutions.

Tolu envisions a progressive society where public sector governance is driven by servant-leadership and sacrificial commitment to public good. He is married to Bolanle, and the union is blessed with children.

Mr Daramola, a retired Permanent Secretary and a member of the State’s Executive Council, was until the new appointment, the Overseer of the Office of the Secretary to the State Government, a position he assumed following the resignation of Mr Biodun Oyebanji as SSG in December 2021.

A seasoned administrator, Daramola served as Permanent Secretary at different times in the Ministry of Information, Office of Special Projects and the Ministry of Education, Science and Technology before his retirement from the state civil service. He joined the administration of Dr Kayode Fayemi as Commissioner for Education, Science and Technology in 2019. He was assigned to oversee the office of the SSG after Oyebanji’s resignation in December 2021.