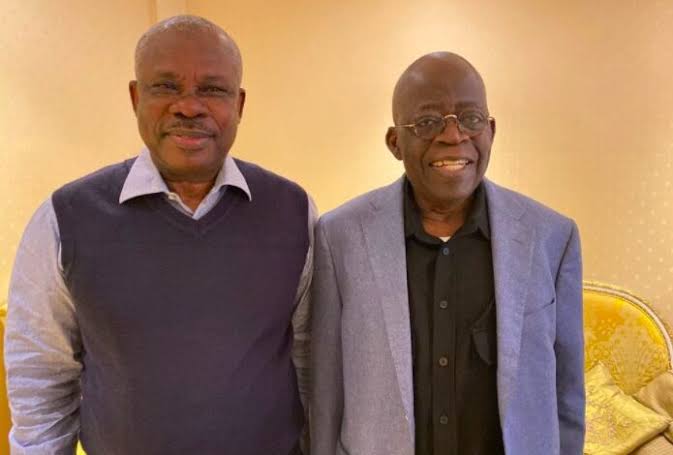 Former Publicity Secretary of the All Progressives Congress (APC) in Lagos State, Joe Igbokwe has reacted to the recent developments in the ruling party.

He expressed his mind in an interview with The Punch newspaper which was shared on his official Facebook page.

Recall that many politicians across the country have joined the presidential race on the platform of the ruling party.

Some of those that have declared their intention to contest the presidency include former Governor of Lagos State and National Leader of the All Progressives Congress (APC), Asiwaju Bola Ahmed Tinubu, Governor Kayode Fayemi of Ekiti State, former Ogun State Governor, Senator Ibikunle Amosun among others.

Joe Igbokwe claimed that one of the presidential aspirants, Ibikunle Amosun declared for Governor under the ANPP but failed to win.

He noted that the Senator later won under the platform of the All Progressives Congress when Bola Tinubu assisted him.

He said Amosun carried Tinubu and was dancing when he came to Tinubu’s house after winning the election.