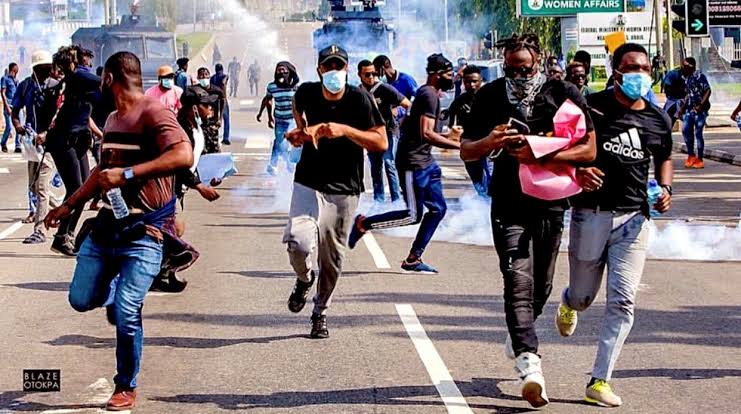 The Osun Governor, Adegboyega Oyetola, will on Thursday, May 12, pay compensation to victims of police brutality.

The compensations to be paid are in line with the recommendations of the #EndSARS Panel, set up by the Governor, following a presidential directive.

In a statement by the Governor’s Spokesperson, Ismail Omipidan, Oyetola noted that his administration is resolved to rid the state of all forms of injustice against the oppression of the weak.

How Police detained five persons, takes motorcycle, “N49,000” as bail in Osun…
He also called on citizens of the state to hold external and internal institutions and other citizens accountable in ways that public conducts and behaviours conform to the ethos of Omoluabi.

Oyetola had set up a Judicial Panel of Inquiry against Police Brutality, Human Rights Violations and Related Extra Judicial Killings, led by a retired Judge of the High Court, Hon. Justice Akinwale Oladimeji, to look into cases of assault, illegal arrest, killings, brutality and other forms of rights abuse by the officers and men of the disbanded Special Anti-Robbery Squad (SARS) of the Nigerian Police.

He had while receiving the report in August last year assured that the government would implement the recommendations of the panel in a manner that would ensure that justice was served.

But while putting strategies in place for the compensation, there was another presidential directive that states should submit their reports to the Presidency.

However, in his message to Osun youths during the one-year anniversary of #EndSARS, the governor had promised to pay the compensations as recommended by the Panel even after submitting the report to the Presidency as directed.