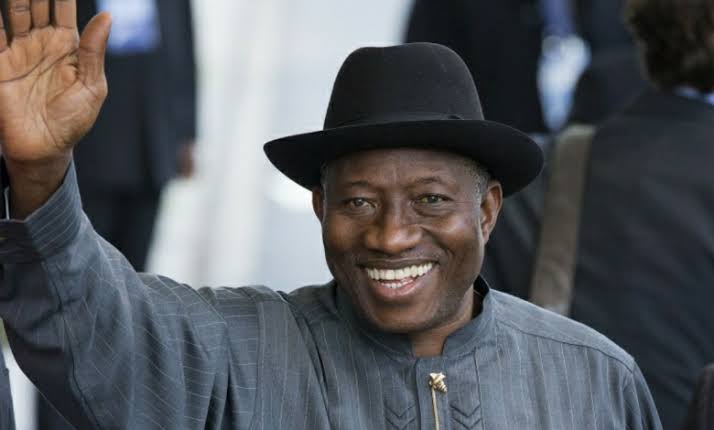 The former president reportedly met with the Fulani pastoralists between 11p.m on Monday and 1a.m on Tuesday to sort out issues regarding their purchase of the presidential nomination forms without his consent, a development, which made him to reject the offer and denounce those involved in the action.

“We wish to categorically state that Dr. Jonathan was not aware of this bid and did not authorise it,” Jonathan had said in a statement by his media aid, Ikechukwu Eze.

However, it was learned that at the meeting with the Fulani community in Abuja, the leader of the team that procured the form for him, Dr. Ibrahim Abdullahi, apologised to the former president and pleaded with him to pardon their indiscretion and accept the offer to run.

The pastoralists are reported to have told Jonathan that they bought the form for him as a demonstration of their appreciation for the N60 billion investments he made for the Almajiris during his tenure in the form of schools and investment opportunities.

A source at the meeting pointed out that after listening to the Fulani community, Jonathan reluctantly accepted their plea to consider running for the APC ticket as suggested by them and promised to give them a feedback as soon as possible but did not however, give a specific date.

The former president also asked the Fulani community never to embark on any political assignment on his behalf without first clearing with him given his position in Nigeria and the international community.

Jonathan is said to have also told the Fulani delegation that he was uncomfortable to hear about the purchase of the nomination form for him just like any other person, an action, which he considered insulting to his status as a former president of Nigeria.

As a result, some of the key loyalists are reported to have joined with the Fulani community in completing the APC presidential nomination form for Jonathan so as to meet the deadline for the return of the document to the party secretariat in Abuja.

“I can tell you that Jonathan’s loyalists cut across party lines and majority of them have really been encouraging him to run. That is why some of them are helping with the completion of the nomination form for the former president,” a reliable source said.

“The Fulani Group of 10 led by Dr. Ibrahim Abdullahi said they purchased the form out of the gladness of their hearts as a way of paying back former president Jonathan for being kind to them while in office.

“The Fulani community recalled that Jonathan built hundreds of Almajiri schools during his tenure and also allocated the pastoralists cattle seed funds,” the source said.

It will be recalled that Jonathan had on Monday rejected the nomination form presented to him by the Fulani community and upbraided them for insulting him with their action.

He, however, later met with the National Chairman of the APC, Senator Abdullahi Adamu, in a move seen as an acceptance of the offer to run for the ticket of the party, if given the chance.

On a day that the APC scheduled the screening of aspirants to begin on Friday after raking in N2.63 bn from sale of presidential nomination forms, former President Jonathan’s moves elicited mixed reactions in the polity.