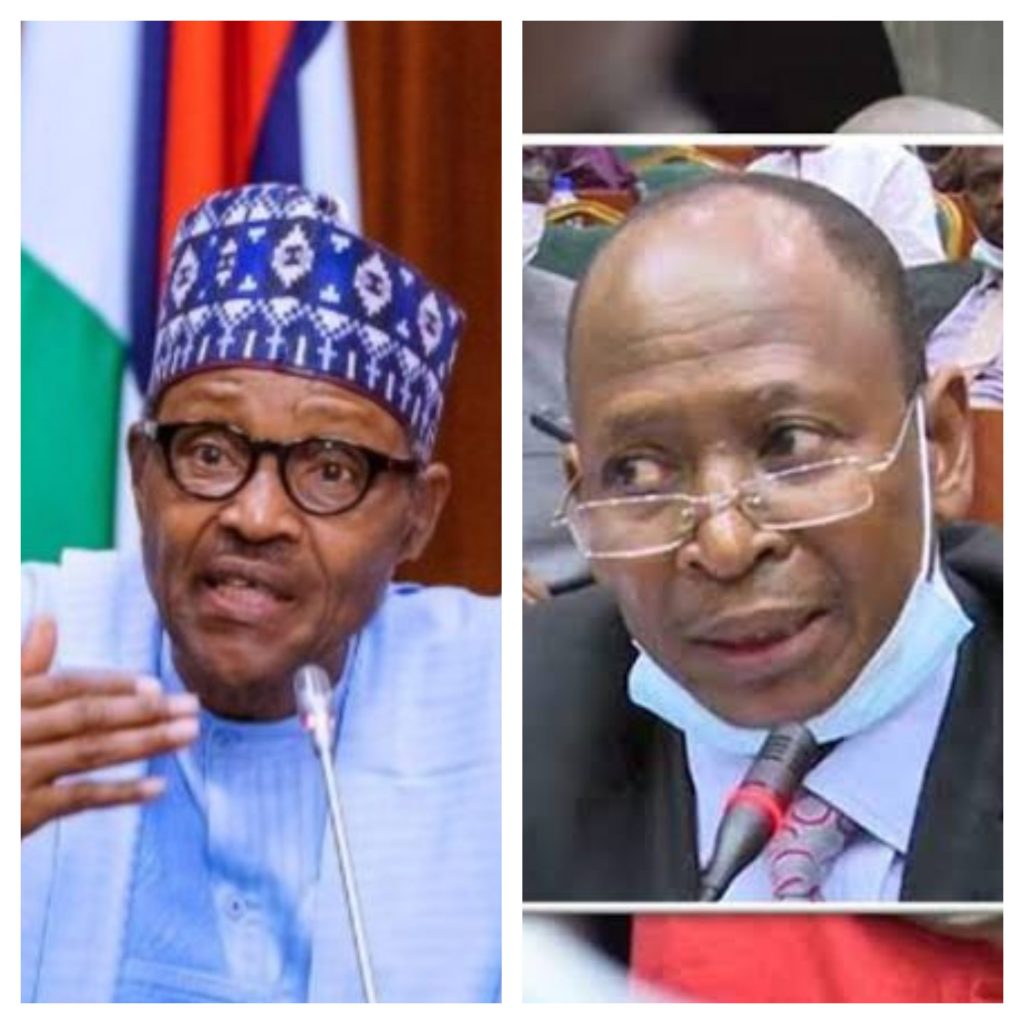 The embattled accountant general of the federation, Ahmed Idris has been suspended indefinitely by Zainab Ahmed, the minister of finance, budget, and national planning.

According to a report by the Cable, his suspension was announced today by the Finance Minister
The Accountant general was arrested two days ago in Kano State and was immediately moved to Abuja.
The EFCC spokesperson, Wilson Uwujaren, confirmed the arrest in a statement. He said the funds were allegedly laundered through real estate investments in Kano and Abuja.

“The Commission’s verified intelligence showed that the AGF raked off the funds through bogus consultancies and other illegal activities using proxies, family members and close associates,” Uwujaren said.

According to sources, after progress was made in the investigation, Idris was summoned repeatedly by EFCC for interrogation but he failed to honour the invitations.

“We kept inviting him but he kept dodging us. We were left with no choice but to keep him under watch and arrest him,” the source said.
His suspension, however, comes two days after his arrest by the Economic and Financial Crimes Commission (EFCC) over an alleged N80 billion fraud.

Source: The Cable, The Guardian