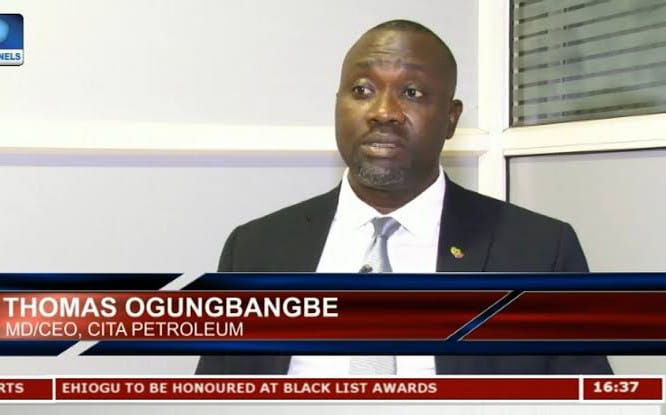 A group within the ruling All Progressives Congress (APC) in Osun State, The Progressives Conscience (TPC), has urged the leadership of the party in the state to cede the House of Representatives ticket to Dr. Thomas Ogungbangbe.

They described Ogungbangbe as a Philanthropist who is capable of representing them at Obokun /Oriade Constituency at the Federal House of Representatives.

They were in the opinion that if elected he can complement the efforts of Governor Gboyega Oyetola in his bid to take the state to the greater heights.

The group in a statement signed by its Coordinator of The Progressives Conscience, Obokun/Oriade Constituency, Comrade Ibukun Ademikore said going by the antecedents of the Ogungbangbe the people of the Constituency are seriously in need of him for total libration and emancipation.

Ademikore said the stakeholders of the party, majority of whom are members of the group, took the decision to Support the business magnate following separate meetings held recently in each of the two Local Government Areas of the constituency asking him to run for the house of Rep position.

He said that their decision was hinged on the Philanthropic gesture of Ogungbangbe across different parts of the country and people-oriented programmes.

He said Ogungbangbe is in experienced world class Business Manager and entrepreneur with demonstrated achievements in value creation in key industries, looking for a leadership position in a corporation where extensive experience and skills can be deployed to achieve a sector or industry leadership.

“We need him because we have the believe that he’s the only person going by his antecedents that can liberate us and the independent findings revealed that majority of people of the Constituency are thirsting of his presence and representation for better Development of the Constituency.

Thomas Ogungbangbe is the Group Managing Director/Chief Executive Officer, of CITA Group. The Group, comprises of:

Ogungbangbe is also the pioneer board chairman of Aviation Fuel Marketers Association of Nigeria (AFMAN).

Prior to establishing CITA Group, Dr. Ogungbangbe was the General Manager, Aviation Business at MRS Oil & Gas, seconded in 2009, to Chevron Oil Nigeria Plc, as Aviation Marketing Manager – West Africa and later promoted as the, Group Aviation Manager – West & Central Africa, based in the Lagos office, where he was the focal point for all aviation fuel work for Corlay/MRS Group.

He has also led many high profile industry group projects, serving as a member, Ministerial Committee on Aviation Fuel Price & Product Availability. He was the chairman of the Management Committee of Joint Aviation Facility in Kano, owned by Total, Forte, Oando and MRS. He was also a Management member of JUHI concourse owned by Conoil, Mobil, MRS, Forte & Total.

He was a co-founder of SO Aviation (formerly Aviation Air & Land Services) during which period he was, Operations and Marketing Director at different times. His experience with Sahara, spanned a diverse portfolio of responsibilities ranging from, engineering, maintenance, marketing, and into-plane operations through to, strategic fuel procurement, market risk management and aviation insurance.

Prior to joining Sahara’ SO Aviation, he had a brief stint as the Aviation Commercial Manager of National Oil & Chemical Marketing Plc (now Conoil Plc) in 2002 and later became the Aviation Operations Manager and National Business Manager – Nigeria, of Conoil Plc. He championed industry reforms on issues of, Discharge by Meter and Leakage Prevention.

A scientist by training he holds MBA from University of Ilorin, and concluded a doctorate programme in Strategic Marketing, from Babcock University, Ilishan-Remo, Nigeria. He is a trained IATA Airfield Jet Fuel Inspector. He was formerly a board member of the Second Joint Users Hydrant Installation (JUHI-2) owned by CITA. ASCON, TECHNOIL, IBAFON, ETERNA and MASTERS ENERGY.

They therefore urged the leadership of the party to take a look at their demand by giving the tickets of the house of Representatives, Obokun/Oriade Federal Constituency