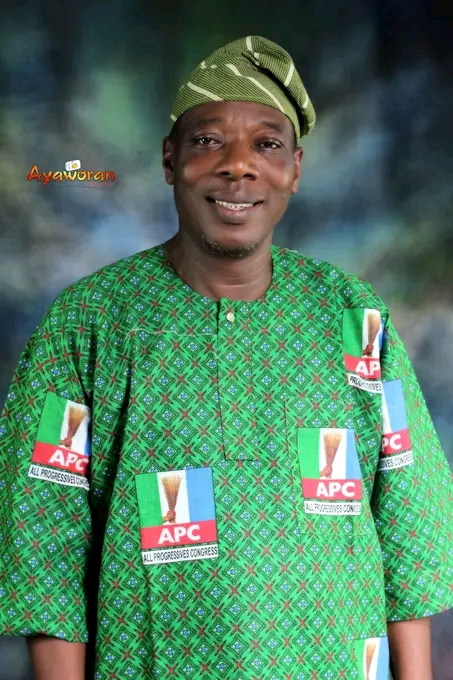 By Sunday Oguntuyi Osogbo
Jubilation hit the air as the seating Member of the House of Representative who is representing Ijesa South Federal Consistency, Hon. Lawrence Babatunde Ayeni, defeated his contender Dr.Richard Akinlabi with over 16,000 votes at the All Progressive Congress (APC) primary election held on Friday the 27th May,2022, across four local government areas of ijesa South Federal Consistency.

The primary election was said to be free and fair in its conduct where party card carrying members were given the opportunity to cast their votes for their chosen candidate without any act of votes buying in process.

The election process started around 11:00 am where party leaders and members began to arrive their various wards across the four local governments,Atakumosa East and West,Ilesa East and West for the proper arrangements and scheduling of activities to ensure everything was put in order inline with the electoral process of the party for peaceful conduct of the election.

Below are the breakdown of votes cast in ijesa South Federal Consistency APC primary election held on Friday the 27th May,2022:

According to the presiding officer,Hon. L.B. Ayeni having scored the highest votes counted he has been declared the winner of the All Progressive Congress Party (APC) primary election and as the party flag-bearer for ijesa South Federal Consistency.

The Ijesa South Federal Consistency APC party flag-bearer, Hon. Ayeni, therefore Apprized the joint efforts of the party leadership and everyone across the four local government areas for their teaming support to vote him again as their representative come 2023 general elections to run for another term in office at the national Assembly,Abuja.

I want to say a very big thank you to Almighty God for the success and landslide victory recorded at the primary election.

It’s another opportunity to say thank you to my constituents; all the party stalwarts, the party members, people who keeps praying for me and everyone who has contributed to the success of the victory

It’s a clear endorsement that I still enjoy unalloyed support and love from APC leaders and the entire constituent of Ijesa South Federal constituency.

I am humble and I resolved again to continue working hard to bring fulfilment and smiles to the faces of people who trusted me so much to hand over the baton to me again for the second time.

My ambition is to always contribute my quota to the development of Ijesa South Federal constituency, Osun state and Nigeria. That, I will keep doing.

Victory at the primary election should not make all of us forget the all important forthcoming Guber election, 16th of July, 2022. Our state is so dear to me and we must strive to give the best to our state. Governor Gboyega Oyetola reelection is our priority, let us all get prepared with our PVC and come out to vote for APC