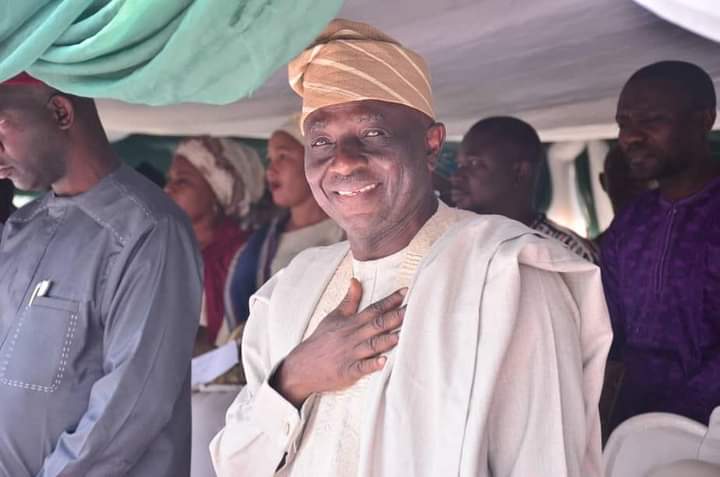 The current Senator representing the Osun West Senatorial District, Senator Adelere Oriolowo has appreciated his teeming supporters, the delegates, party leaders as well as all members of the ruling All Progressives Congress, APC across the district for the confidence reposed in him since he assumed the Senate in 2019.

Oriolowo in a release issued by his media office shortly after the Primaries election for the APC Senatorial aspirants on Saturday applauded the doggedness and support of the party members since 2019 till date.

The senator who was in the contest to secure the ticket of the party for the second term in the Senate said, “the contest is a game with either loss or gain”.

The release further stressed that, having lost in the contest would not stop him from contributing his quota to the development of human kind.m

According to Senator Oriolowo, “I am highly elated for the demonstration of your love to me in the district and thank you for your affection and support, as well as the mandate I am currently enjoying in the Senate, it is humbly appreciated. We wish to make it known that, no conspiracy, gang up or act of vindictiveness can outshines the people’s love and God’s mandate”

“I want to admonish you all to let us remain calm and be focus, we should not foment trouble and we should be law abiding”. He concluded.