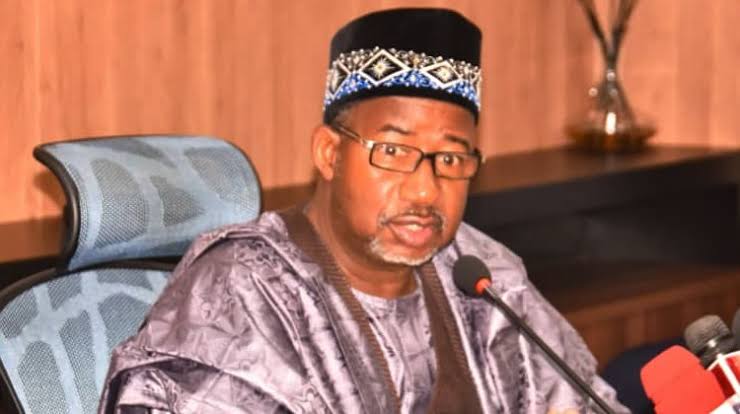 The Secretary to the Bauchi State Government (SSG), Ibrahim Kashim, on Wednesday won the governorship primary of the Peoples Democratic Party (PDP) in the state.

However, Mr Kashim won the primary as a proxy of Governor Bala Mohammed who will soon recover it from him since Mr Mohammed has lost his presidential bid.

Mr Kashim was the sole aspirant in the contest, at an elaborate event attended by the governor and his deputy, Baba Tela.

The victory of Mr Kashim, who became the SSG in June 2021, makes him the first man in the state to win its most coveted party ticket without publicly declaring his ambition or producing a single campaign billboard or poster.

Sources familiar with the circumstances that led to his “miraculous” victory said Mr Kashim was the last-minute choice of Governor Mohammed who on Saturday night polled 20 votes in the presidential primary of the opposition party.

Although they were all aware of the charade, delegates at Zaranda Hotel Bauchi, the venue of the primary election, dutifully cast 656 (one vote invalid) votes to affirm Mr Kashim as the 2023 governorship candidate of their party.

At the end of the voting, the returning officer, Hassan Grema, said: “By the powers conferred on me by the constitution of the PDP, I hereby declare Barrister Kashim Ibrahim as the winner of the PDP gubernatorial ticket for the 2023 general elections.”

Mr Kashim, who many delegates at the event were interfacing with for the first time, in his acceptance speech, said with his nomination, the PDP was poised to “win the next general election in the state.”

“The contest has just begun for 2023 and the PDP is ready to beat every other opposition,” he said.

The former SSG then took time to commend Governor Mohammed “for providing purposeful leadership that has transformed Bauchi State far above its peers.”

He reassured his party members that he would consolidate on the achievements of the administration if elected governor next year.

Despite Mr Kashim’s victory speech, many in the state know he is not a genuine candidate.

Sahara Reporters had published a report on May 1, quoting a local Bauchi-based online newspaper, Wikitimes, detailing how Messrs Mohammed and Kashim had a secret pact which led to the latter’s secret resignation.

Sources within the Bauchi PDP informed PREMIUM TIMES that the SSG was only being used as a character in Governor Mohammed’s political subterfuge.

“The SSG is the governor’s plan-B, should His Excellency fail to clinch the presidential ticket next week,” one source said last week.

“No doubt Barrister Mohammed, who is barely known by many in Bauchi, is only helping his boss to hold forth until the presidential election primaries are concluded.”

Ironically, Section 35 of the Electoral Act is usually exploited to allow such charade to go through.

Many agree that it is uncommon for a first-time governor who is hopeful of reelection to throw it away in the way Mr Mohammed and his SSG wanted Nigerians to believe.

Another Bauchi PDP chieftain who asked not to be named in this report said: “If truly the governor was quitting the state politics for good, he would not settle for his SSG as his replacement when there are big names like the deputy governor, Senator Tela around him.

“The PDP, regardless of its being the ruling party in Bauchi, would lose the 2023 elections should the SSG proceed to appear on the final ballot,” the source stressed.

When Governor Mohammed was receiving a report from his Presidential Aspiration Contact And Consultation Committee led by a senator, Adamu Gumba, he made a remark about his plans on how he would pursue the PDP presidential ticket and secure his seat in Bauchi at the same time.

The former FCT minister jokingly said he would entrust his governorship ticket to a less ambitious politician whom he trusted to hand it back when asked to do that.

“Bauchi can be better if I am at the centre,” Sahara Reporters quoted Mr Mohammed as saying.

“But certainly, we have to manage the two together. I told my brother and colleague that you should not be happy to send me forth so that you can take over the governorship; I am going to do the two together as Matawallen Sokoto (Governor Tambuwal) did in 2019.

“I am going to test it and I am not going to give somebody who will not give me back when I come back,” Governor Mohammed said.

“One of my brothers, a formidable and astute politician, Matawalle Sokoto (Aminu Tambuwal) did it before, so we are going to also test it,” the Sahara Reporters publication quoted Mr Mohammed as saying.

Governor Mohammed and his party are expected to utilise Section 35 of the Electoral Act in securing his second term ambition as governor.

Mr Kashim, who many in Bauchi believe still supervises the affairs of the Governor’s Office as SSG despite his resignation, will soon write to inform his party about his intention to withdraw as the governorship candidate.

When that happens, it will not make Governor Mohammed the first person to chase two rats at the same time.

As the governor said, his counterpart in Sokoto, Aminu Tambuwal, did the same thing in 2019. After his defeat at the PDP presidential primary in Port Harcourt that year, he returned home to recover the governorship ticket from a proxy whom he had prodded to take the ticket at the governorship primary.

This was also the favourite game of former Senate President Bukola Saraki, who was also a candidate at Saturday night’s presidential primary of the PDP like Messrs Tambuwal and Mohammed.

In 2011 and 2019, Mr Saraki used proxies to tie down the senatorial tickets of the PDP while running after the party’s presidential ticket.