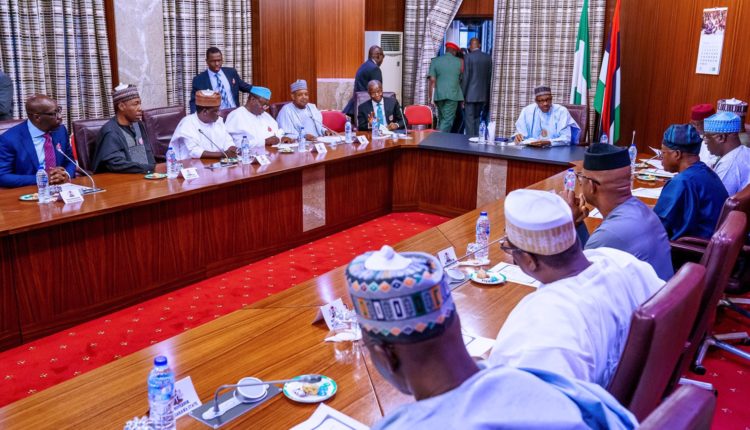 All Progressives Congress (APC) governors loyal to Asiwaju Bola Tinubu, a frontline presidential aspirants of the ruling party have rejected the idea of a northern consensus candidate ahead of the Presidential primary slated for next week Monday.

The governors are sharply divided over the directive by President Muhammadu Buhari asking that he should be allowed to pick his successor through a consensus arrangement.

Credible presidency sources had earlier informed Daily Independent that the President is desirous of having his deputy, Vice-President Yemi Osinbajo succeed him even though he is yet to formally announce his choice.

However, some power brokers in the ruling party who felt that no Southern candidate can match Atiku Abubakar, who has emerged as the presidential candidate of the Peoples Democratic Party (PDP) are pushing for a Northern candidate to split the votes from the North.

Sources in the party informed our correspondent that the governours loyal to Tinubu had vehemently kicked against the proposal for a Northern presidential candidate, saying if the party insists on a consensus candidate, it must be the former Lagos state governor.

“The meeting of the governors at the Asokoro residence of the Chairman of Progressives Governors’ Forum and Kebbi State Governor, Atiku Bagudu, held yesterday ended in a deadlock as they failed to reach a consensus”.

” Tinubu’s loyalists are of the view that President Buhari has the right to choose his preferred aspirant but he should allow a primary where other aspirants can test their popularity. Nobody should be asked to step down against their wish”.

” They are also of the views that if the party insists on fielding a consensus candidate, then that candidate must be Tinubu as he is the only one with the clout to defeat a strong politician like Atiku”.

” They also faulted the claim by some of their colleagues that no Southerner can defeat Atiku saying Tinubu enjoys the same popularity as the late MKO Abiola who defeated the late Bashir Tofa in his home state of Kano and won the annulled June 12, 1993, presidential election”.