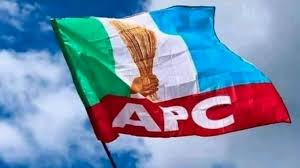 Four days to the rescheduled presidential primaries of the ruling All Progressives Congress (APC), billed to hold Monday, June 6, in Abuja, the leadership of the party, has remained divided on the zoning of its ticket, even as it continues to ponder the options opened to it to match the presidential candidate of the opposition Peoples Democratic Party (PDP), Alhaji Atiku Abubakar.

The current state of play in the APC, has been further compounded by the differing positions of its stakeholders on the zoning palaver, a development, which has seen some governors insisting on going south for balancing, while the National Chairman of the party, Senator Abdulahi Adamu, in cahoots with a few others, would rather go north, for political expediency.

To this end, the party leadership, has resolved to consider reopening the sales of forms to some members of the party by way of broadening the options and further opening up the turf to more candidates for a competitive approach to the ticket, even when the president had said without equivocation that, there would be no election.

In their consideration as they came up with this idea, THISDAY gathered, were El-Rufai and Zulum, a move believed would help them push some of their best from the north into the race and put the party on a sure-footing ahead of the elections.