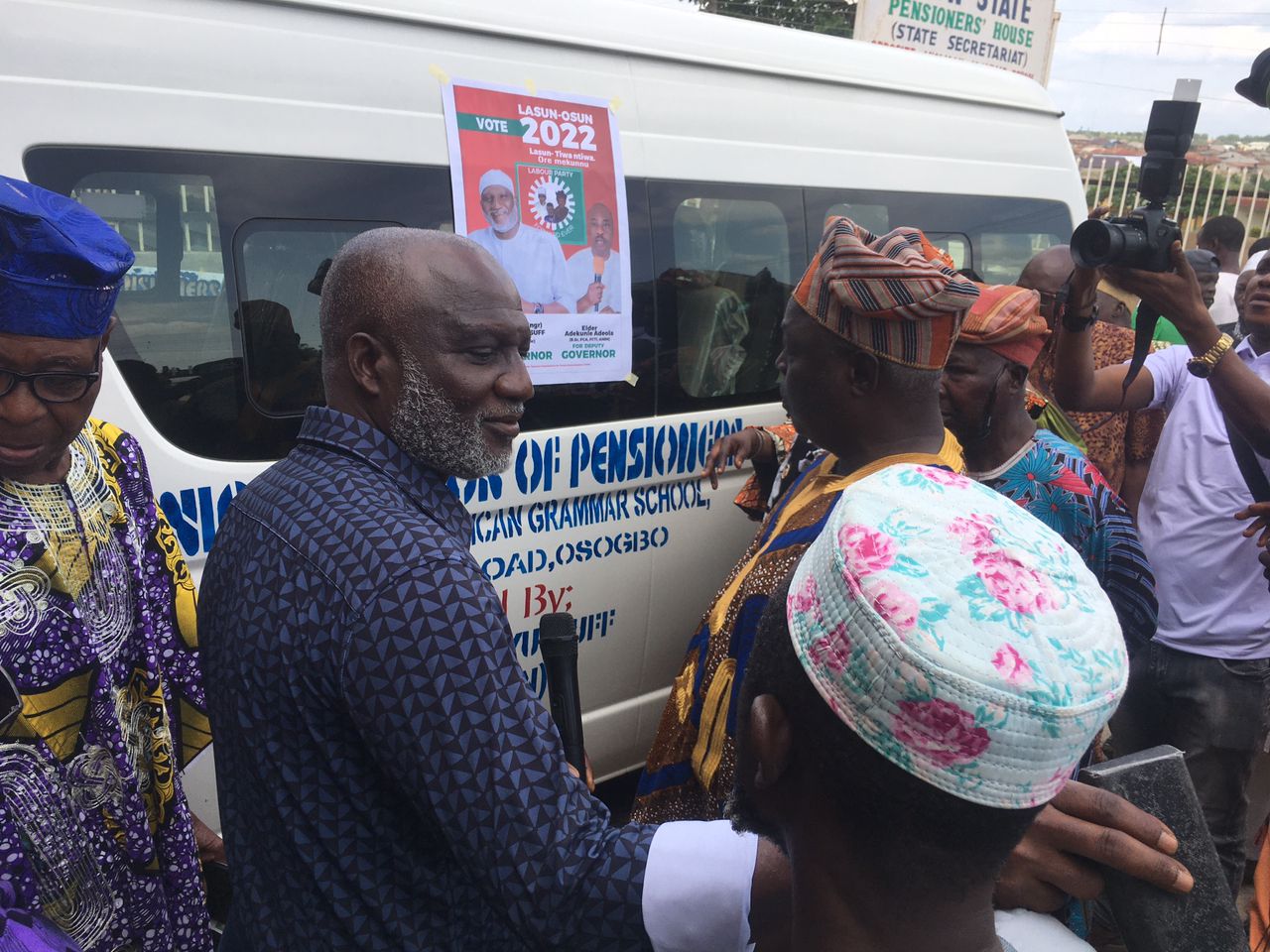 The erstwhile deputy speaker of House of Representatives and the candidate of Labour Party in July 16th governorship election in Osun state, Rt. Hon. Lasun Yussuf has said, if elected, pension arrears for the pensioner would be jerked up and other emoluments for the old citizens would be priotized.

Yussuf stated this during the official presentation of 18 seater Toyota Bus to the state office of Nigeria Union of Pensioners, Osun state on Thursday.

According him, pensioners deserved to be adequately catered for, for they have served their state meritoriously and they deserve pay back.

He said, his government when assume office would cushion the travail of the pensioners because they deserve the best.

“I noticed the pensioners travail, they have been treated with disdain, no serious government would jettisioned pensioners welfare and have a smooth running of governance, they are our father and mothers, they deserve the best”

” Immediately I took the mantle of governance if elected, I would look at the statistics to work out how to increase the pensioners benefits, because my finding shows that, many of these old citizens still collect as low as #350.00, what a ridiculous money, what will they do with it? They still have some dependants and many are on drugs”.

” I would create a viable economy that would generate money within our state, I have the capacity and capability to do it, I want to make a government that will work for the people of osun, my administration would be Osun for Osun if elected”

Speaking, the state chairman of the union, Alhaji(Prince) Ganiyu Salawu said, Hon. Yussuf gesture will for ever be remembered, saying the state office of the union have been clamouring for the bus for long but, Yussuf made their long awaited dream come reality.

He said, the union will support the aspiration of the labour party governorship hopeful, adding that, more are still expecting from well meaning citizens to cushion the hardship of the Pensioners in the state.

Speaking in the same vein, the state secretary of the union, comrade Dele Aina, thanked Hon. Yussuf for the gesture, praying for actualisation of his dream to become the governor of the state.