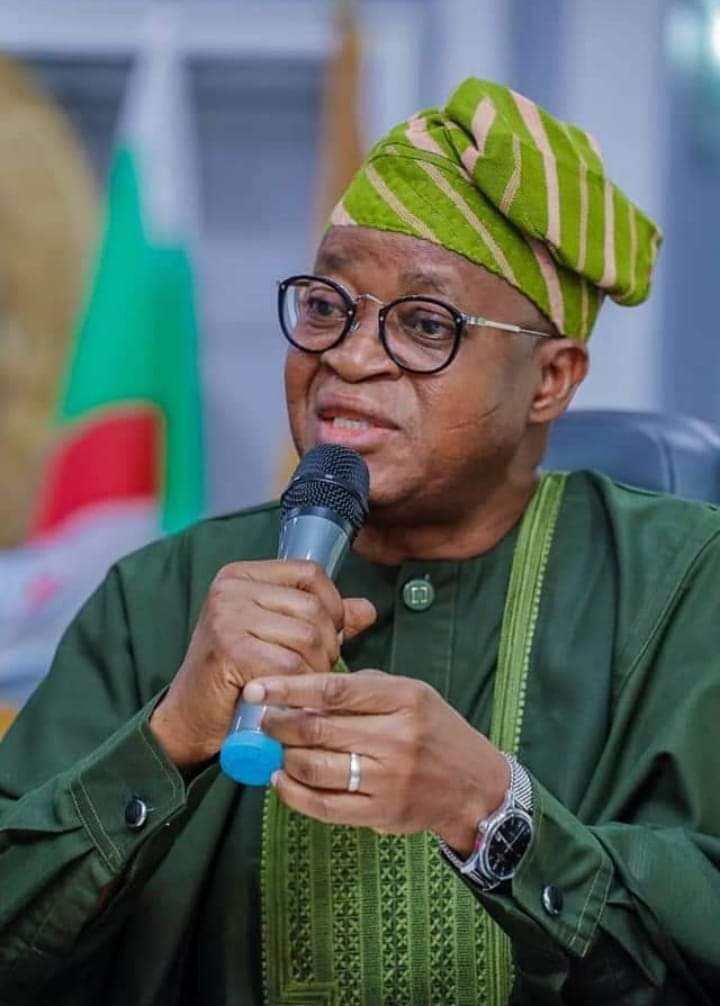 Osun State government has reiterated its commitment to the prompt payment of salaries, saying the delay in May, 2022 salary was due to the implementation of the cash backing of outstanding promotions as approved and announced by Governor Adegboyega Oyetola during the last workers’ day.

This is contained in a statement signed by the Honourable Commissioner for Finance, Mr Bola Oyebamiji, and made available to newsmen in Osogbo by the Permanent Secretary in the Ministry, Mrs Adebimpe Ogunlumade.

While apologizing to workers for the inconveniences caused by the delay, the Commissioner explained that it was largely due to the new wage bill figure which has to be meticulously followed and implemented to avoid inconsistencies and errors.

The State government through the statement thanked the workers for their patience and perseverance, saying the administration of Governor Adegboyega Oyetola will continue to take their welfare as paramount.

The statement reads, “Governor Gboyega Oyetola is still very committed to the payment of workers’ salaries before the month ends. This government believes in the payment of what is due to our workers as and when due, it is still our focus and we will continue to do that”.

“The delay in May, 2022 salary is as a result of the need to meticulously ensure the cash backing of the outstanding promotions of workers (2016-2018) as announced by Governor Adegboyega Oyetola during the workers day celebration.

“The Governor, Mr Adegboyega Oyetola is committed to the prompt payment of salaries now and in the future”.