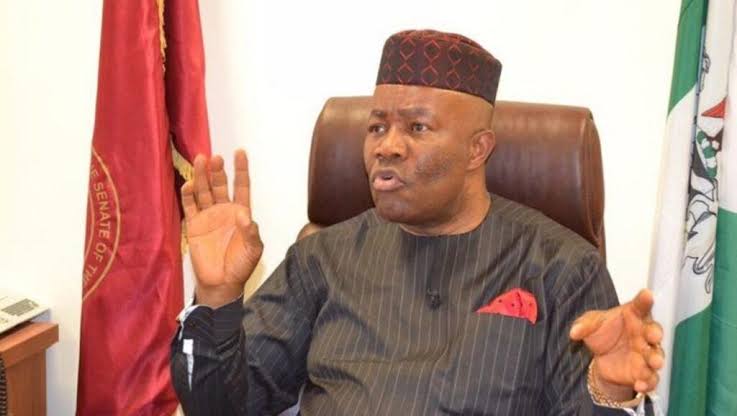 Less than 12 hours after President Muhammadu Buhari urged APC presidential aspirants to meet and come up with a consensus candidate, one of them, Godswill Akpabio, said he will not withdraw from the race.

Mr Akpabio’s position also comes less than 24 hours to the commencement of the presidential primary of the ruling party, APC.

There have been rumours online that the former Senate Minority Leader has withdrawn from the race in favour of an aspirant from the South-west.

But Mr Akpabio, in a post on Facebook on Sunday morning, described the news as “wicked lies” and urged delegates to disregard it.

“Dear national delegates, please disregard the wicked lies making the rounds that I, your choice for the office of the President of the Federal Republic of Nigeria in 2023, has withdrawn from the race.

Mr Akpabio, a former governor of Akwa Ibom State, recently resigned as Minister of Niger Delta Affairs to focus on his aspiration of securing the ticket of the ruling party to contest the 2023 presidential election.

He has been travelling around the country to seek the support of APC delegates. He was in Edo State on Saturday to meet with the party’s delegates.

Mr Akpabio is one of the 23 aspirants cleared by the APC to take part in its presidential election taking place in Abuja from Monday to Wednesday.