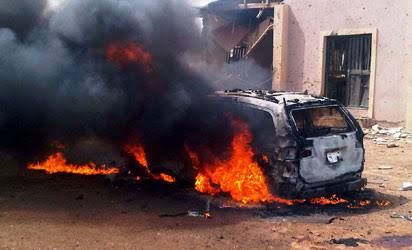 According to sources, the explosion on the church grounds killed several people and injured many more.

An eyewitness Kehinde Ogunkorode, said the incident caused chaos in the vicinity, with residents fleeing for safety after being caught off guard.

Owo is the hometown of Governor Oluwarotimi Akeredolu.