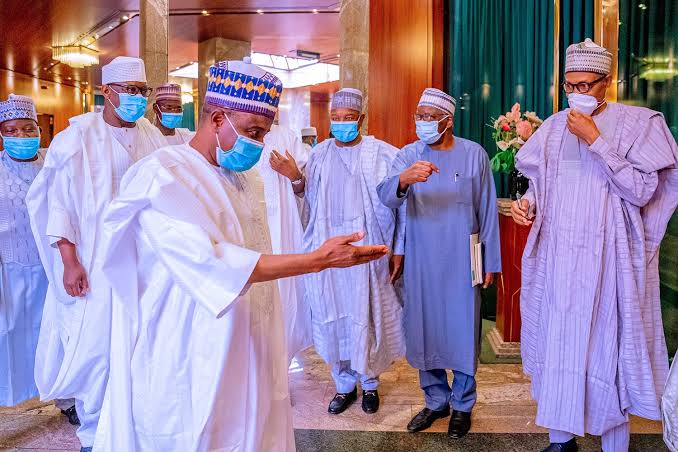 Thirteen governors of the All Progressives Congress (APC) from the north on Monday insisted that the presidential ticket of the party must go to the south.

The governors spoke with state house correspondents after meeting with President Muhammadu Buhari at the state house, Abuja.

Lalong said the president directed the governors to meet with the national working committee (NWC) of the party to resolve the issue of a consensus candidate.

He said the northern governors informed the president of their decision to ensure that power returns to the south for the sake of equity and unity of the country.

The Plateau governor said the meeting with the NWC has been slated for 5pm on Monday.