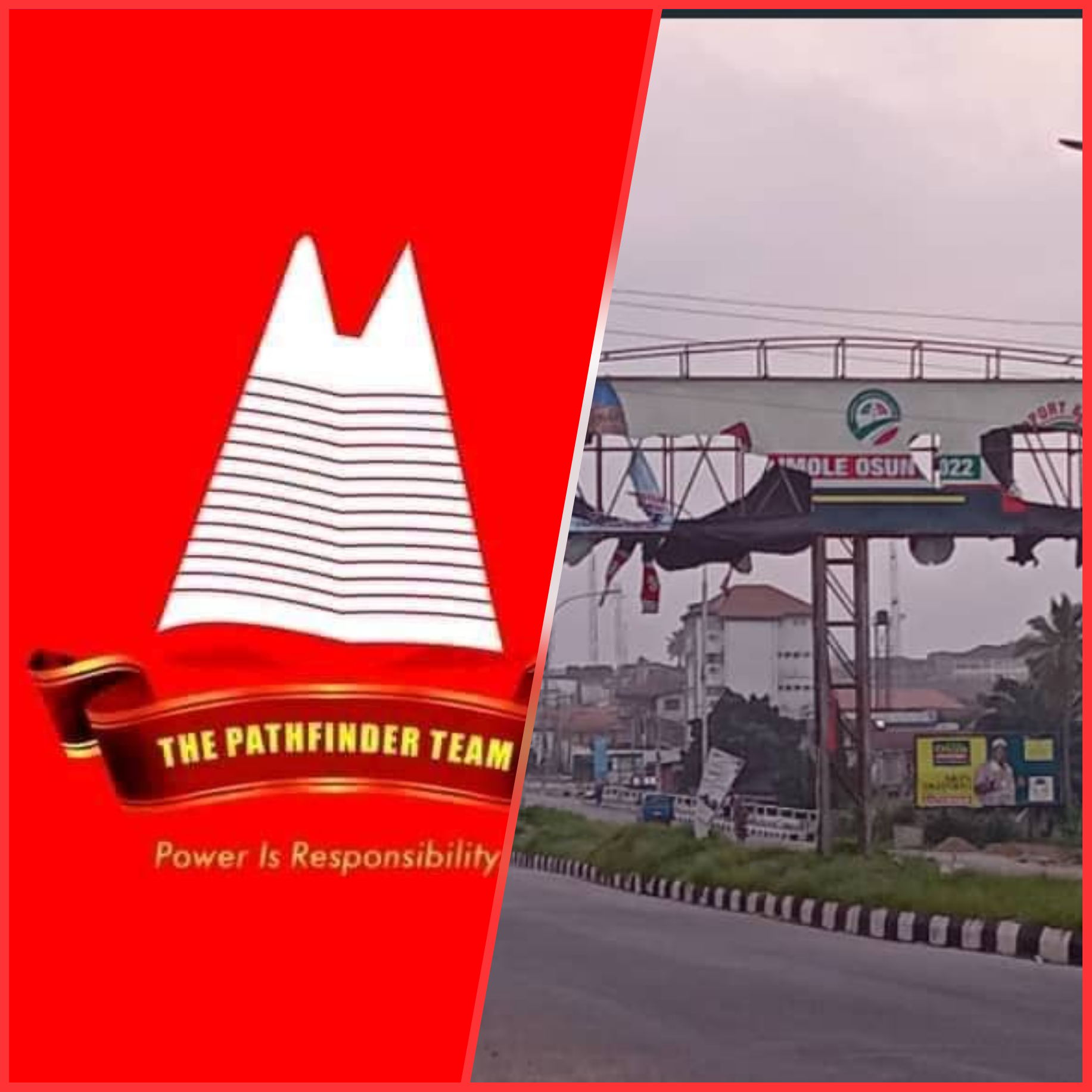 By Sunday Oguntuyi Osogbo
A socio-political group within Osun state chapter of the People’s Democratic Party, PDP, The Pathfinder group has condemned in totality the manner in which some alleged sponsored thugs of ruling APC led by one Asiri Eniba have been destroying the billboards of the candidate of the party in the coming July 16th governorship election, Senator Ademola Adeleke, saying the act is barbaric and uncalled for.

The group in a statement issued and signed by its state coordinator, Secretary, and Chairman Board of Trustee, Hon.Oladiti Aluko, Akinleye Sola, and Alhaji Lukman Afolabi respectively alleged a commissioner under the APC government to be the sponsor of the alleged billboard destroyers.

They said, “Osun is a peace-loving state, nobody should hide under the guise of election to truncate the existing peace the state is known for. We at the PDP have been law-abiding people, we have been campaigning without any violence. Destroying the billboard of our candidate by the ruling APC government would not be tolerated at all”.

“Let each political parties embark on a campaign base on what they have for the people of Osun. Our destiny is in our hands, and nobody should henceforth destroy our candidate, Senator Ademola Adeleke’s billboard again, we have had it enough”

The group also called on Inspector General of Police, Usman Alkali Baba to intervene in the matter so as not to allow the miscreants to use the election period to tamper with the peace radiating in the state

“We called on Inspector General of Police, Usman Alkali Baba to help intervene and direct CP Wale Olokode to call the miscreants been used by Osun state government to order so that existing peace been enjoyed in the state would not be tampered with”.

The group however pledged their unalloyed support for Senator Ademola Adeleke, the PDP candidate, saying they would work assiduously to ensure the party coast to victory come July 16th governorship election in the state, urging the people of the state to vote en mass for PDP.