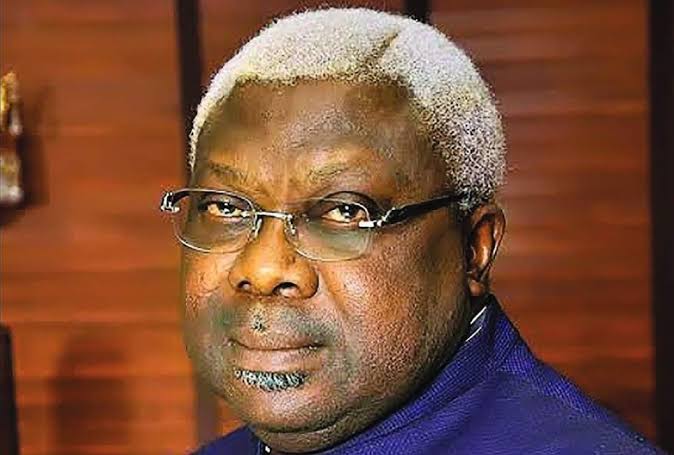 Indications have emerged on the role played by some critical party and state officials in the emergence of the National Leader of the ruling All Progressives Congress (APC), Asiwaju Bola Tinubu, as the party’s presidential candidate.

This is coming amid hints that indecision and serious infighting on the part of President Muhammadu Buhari and the shadowy Aso Villa cabal played a vital role in Tinubu’s eventual emergence on Tuesday. Various sources who spoke with Saturday Telegraph exclusively during the week stated that but for the role and last minute deft moves of Tinubu, the ticket would have been won by someone else apart from him. The sources fingered the National Secretary of the APC, Senator Iyiola Omisore and the immediate past Ogun State governor, Senator Ibikunle Amosun, as pivotal and key to Tinubu’s emergence as APC’s flag bearer.

According to the sources who pleaded not to be named, while Omisore became the eye, ears of Tinubu in the National Working Committee of the party, Amosun served the interest of the former Lagos State governor at the Presidential Villa.

“I can confidently tell you that for the roles played by Omisore and Amosun, Tinubu would have kissed the presidential ticket of the APC goodbye,” one of the sources said. He (the source) further stated that unknown to many, Omisore did not only fill Tinubu in on happenings within the national secretariat of the party, he also ensured that he helped him largely in playing the right politics that further served the interest of the Lagos State-born politician. “You know that Omisore is a very experienced politician and he brought that to bear at the national secretariat so well.

He even went further to brief Tinubu on happenings in the party preparatory to the last special national convention,” the source added.

On the role played by Amosun, another source close to the top echelon of the APC told our correspondent that the former governor of Ogun State drew closer to Tinubu when it became clear that his successor, Mr. Dapo Abiodun, had drifted towards Vice President, Yemi Osinbajo.

”It was more of a game of survival for Amosun who had fallen out with Tinubu in the build up to the 2019 general election and he never wasted time before he seized the opportunity by moving closer to Asiwaju. He utilised his closeness to the President and the Presidency to Tinubu’s advantage,” the source stated. Indications also emerged to suggest that the inability of the shadowy cabal to reach a consensus on its preferred candidate also went a long way to strengthening the hand of the former Lagos State governor.

“Up to the time of the National Convention, members of the inner core of the Buhari Presidency failed to come up with their choice aspirants and they also worked at cross purposes undermining one another in the process,” a source said. Another important factor was the efforts of Governors Abdullahi Ganduje (Kano) and Nasir el-Rufai (Kaduna) in persuading their counterpart in Jigawa, Alhaji Abubakar Badaru, to come on board the Bola Tinubu train.

Sources added that it was easy to persuade Badaru, who hitherto was working for the emergence of former President Goodluck Jonathan as the party’s consensus candidate.

“When Ganduje and el-Rufai realised that the Jonathan-for-President project that Badaru was pushing had hit the rocks they moved in to persuade him to join the train,” the source said.

Asked to comment on why and how el-Rufai opted to join the Tinubu train, the source said, “What I can tell you is that the decision by Tinubu to cancel his birthday colloquium did the magic.

His decision to visit the governor and the donation he made following the Abuja-Kaduna train attack forced the Kaduna governor’s hands.

” El-Rufai was subsequently to lead Northern state governors to Buhari in the wake of the announcement of the Senate President, Senator Ahmed Lawan, to President Buhari to state the resolve of governors elected on the ticket of the APC in the North on the need to shift the Presidency to the South.