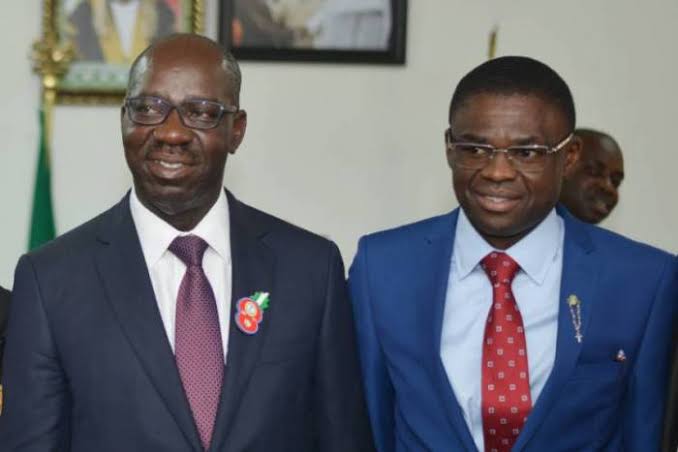 Governor Godwin Obaseki of Edo State has proceeded on his annual leave and has transferred powers to his Deputy, Philip Shaibu, to act in his stead while he is away.

This was made known in a statement sent to Naijinfo by the Special Adviser to the Governor on Media Projects, Crusoe Osagie.

Osagie said Obaseki has written to the Edo State Assembly to intimate the House of the development.

He said: “The governor has proceeded on his annual leave and has transferred power to his deputy, Rt. Hon. Comrade Philip Shaibu. The Edo State House of Assembly has been duly informed about the development.”

Naijinfo News understands that this would be the second time the governor has transferred power to his deputy, further cementing the administration’s respect for democratic ideals enshrined in the 1999 constitution.