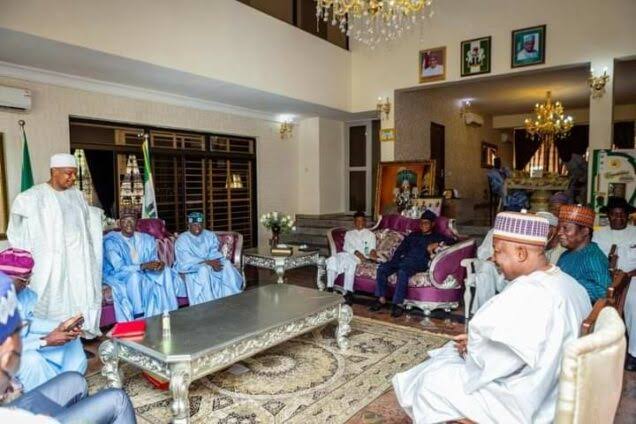 Leaders of the ruling All Progressives Congress (APC) and governors from the North-west and ministers from the zone after a meeting on Thursday, June 30, in Abuja, urged the party to choose its vice-presidential candidate for the 2023 election from the region, Premium Times report.

After the meeting attended by the governors, ministers, and other political bigwigs from the region, the region noted it is the biggest voting bloc in the country thus the running mate to the party’s presidential candidate, Bola Tinubu, should emerge from the region.

Part of the statement reads:
“The meeting noted the contribution of the North-West to the emergence and growth of the APC and its electoral viability, with the North-West providing about 39% of the votes the APC recorded in the 2019 and 2015 presidential elections.
“Therefore, the zone resolved to aggregate its interests and vital concerns and engage accordingly with the presidential candidate of the party.”