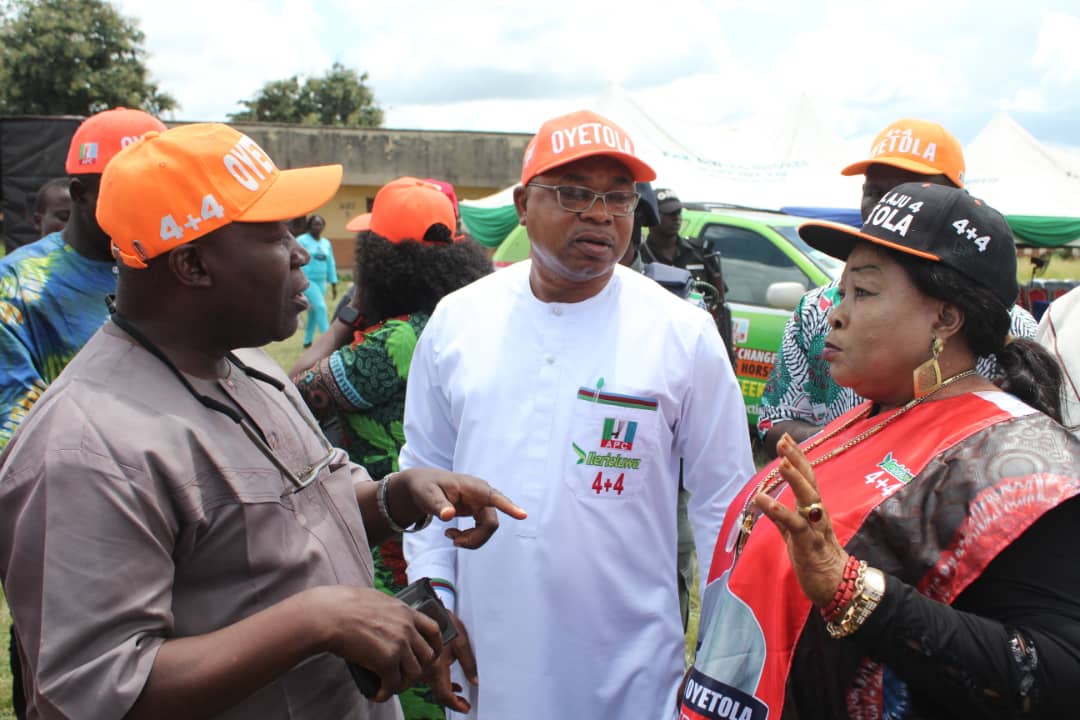 Oyebamiji spoke on Thursday as the campaign train of Governor Oyetola’s second term bid stormed the federal constituency for a rally to canvas for votes for the Governor towards the July 16 Gubernatorial elections.

The Campaign train for the re-election of the Governor moved to the Federal Constituency with visits to Irewole and Isokan Local Government areas where the Governor unveiled his second term plans.

Governor Oyetola and his team paid traditional homage to royal fathers at their palaces before addressing party faithfuls, artisans, market women and men, members of different ethnic groups and the general public on his plans and programs for the second term.

Speaking further, Oyebamiji stressed that the current economic situation of the State requires someone with God’s wisdom who is well grounded in the art of governance, stressing that Governor Oyetola is the only candidate endowed with the qualities to run Osun.

The Asiwaju of Ikire described governance as a serious business for serious minded individuals and needs someone like Oyetola’s personality to steer the ship of the State to the next level of development.

The Osun Commissioner for Finance also used the opportunity to educate the people on how to cast their votes rightly on election day so as to avoid void votes.

According to Oyebamiji, “Oyetola’s government is proactive in infrastructure development, free health care delivery, improving the education sector and we assure our people that more government friendly policies will come up in the second term”.

While expressing gladness at the exploits of the Governor in the state, Oyebamiji used the medium to acknowledge God’s goodness in his life, stressing that with God all things are possible.

“We are amazed at how we are able to pay salaries despite the harsh economic situation the government has found itself, Osun is constantly well secured in every nook and cranny of the State and we pray that Oyetola emerges victorious so that our people can keep enjoying the dividends of democracy”. The Asiwaju of Ikire stated.