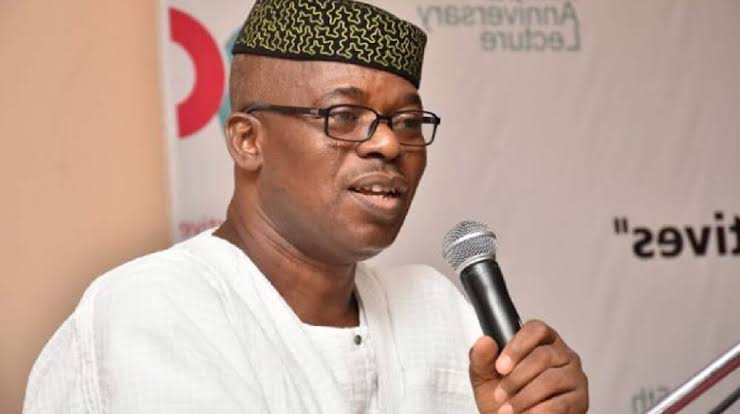 The SDP governorship candidate at the last Ekiti poll made this known in an interview with Punch.

According to Oni, the renowned legal practitioner has a solid and robust manifesto on the ground.

“I will want Dr Adewole Adebayo, the presidential candidate of the SDP to be Nigeria’s next president,” he said.

When asked about the SDP’s chances at the next presidential election, he added “That is the party to which I belong. If other things change, the party would announce its direction. If the party announces anything, I will follow. I am a member. Our presidential candidate has very solid and robust manifesto on the ground.

“Everybody knows that Nigeria needs a change of leadership, everybody will acknowledge that. I believe that Nigeria is ripe for a change because of what we are seeing.

We are not happy. Look at the neighbouring Ondo State where not too long ago, gunmen entered a church and mowed down worshippers, something that we can only think will be in the imagination of fiction writers, but it happened.

Those were valuable lives of our people being consumed. Who will not say Nigeria is ripe for a change? In Ekiti State, everyday, there are kidnappings; somebody was kidnapped in Orin Ekiti and released last weekend; N4.5m was what we understood he spent, but we thank God he is alive. Every day, kidnappers are kidnapping and they are collecting ransom in the state.

“Today, the naira exchanges for over N500 to a dollar, but nearly eight years ago when this APC government came in, it was less than N200 to a dollar. Who will not say Nigeria is ripe for a change? I was viewing television recently and the Academic Staff Union of Universities was talking about the corruption in the system and they gave a figure of what a government official stole.

Some of these are figures we don’t think are possible in our lifetime. Now, we are seeing individuals being accused of stealing what used to be the totality of Nigeria’s budget a few years back. Who would not say that there should be a change of leadership?”