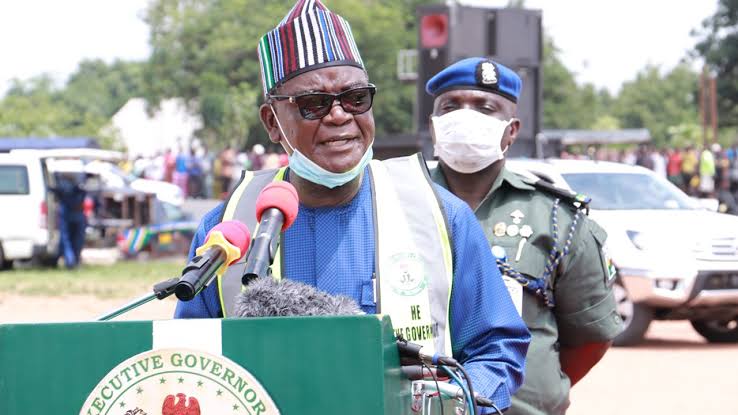 The Benue State Governor, Samuel Ortom’s convoy on Sunday was involved in a road accident in the Federal Capital Territory, Abuja.

The governor’s Special Adviser, Media and Publicity, Terver Akase, who made this known in a statement on Sunday, said no life was lost in the incident.

According to him, the convoy was heading to Benue State after accompanying governor to Abuja airport when one of the vehicles collided with a golf near Karu Flyover in Nyanya.

The statement read, “We have received numerous calls from concerned Nigerians regarding the accident which occurred today near Karu Flyover in Nyanya area of the Federal Capital Territory.

“The Governor’s convoy was on the way from Abuja to Makurdi after accompanying him to the airport for his trip to United Kingdom when a golf car collided with one of the security vehicles.

“We thank God that no life was lost in the incident.

“Governor Ortom who has already arrived safely in the UK, deeply appreciates all the calls and concerns from Benue people and other Nigerians”