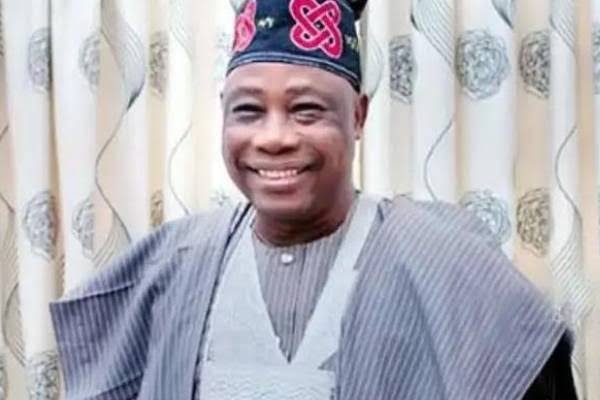 Oyo, Ibadan – Less than six hours after the removal of the Oyo state deputy governor, Mr Rauf Olaniyan by the state parliament, a replacement has been approved by the parliamentary house, The Nigerian Tribune reported.

The approval came after Speaker of the Assembly, Honourable Adebo Ogundoyin read a letter from Governor Seyi Makinde seeking the Assembly’s approval of his nomination of Lawal as the deputy governor.

The Oyo state parliament in less than 2h-hours approved the nomination of Mr Bayo Lawal as the new deputy governor of the state.

Until his approval as deputy governor, Lawal was Chairman of Oyo State Water Corporation and nominated as Makinde’s running mate for the 2023 governorship election.

As reported by TVC News, Lawal Bayo Lawal is from Kishi, Irepo local government area of Oke Ogun, Oyo state. He is also a former Attorney General of Oyo state in 1999 under the administration of Governor Lam Adeshina.

Legit.ng had earlier reported that prior to the approval of Lawal as the new deputy governor, the impeached Olaniyan defected from the state-ruling Peoples Democratic Party (PDP) to the main opposition, the All Progressive Congress (APC).

This move however prompted the state parliament to hold plenary proceedings over Olaniyan’s action in other to effect his removal.

It was, therefore, gathered that Olaniyan tabled the matter before an Oyo High Court to give a verdict that will halt plenary proceedings against him at the Oyo state parliamentary house.

However, the majority of the lawmakers in the parliament signed a petition against the embattled Olaniyan accusing him of gross misconduct, abuse of office, financial recklessness, abandonment of office on official duty, insubordination and other offences.

As gathered by Legit.ng, the petition was filed on the premise of the already existing stipulations of the federal constitution as amended in 2011 Section 188.

Investigation revealed, however, that the deputy governor had responded to all the allegations raised in the petition through his legal counsel.