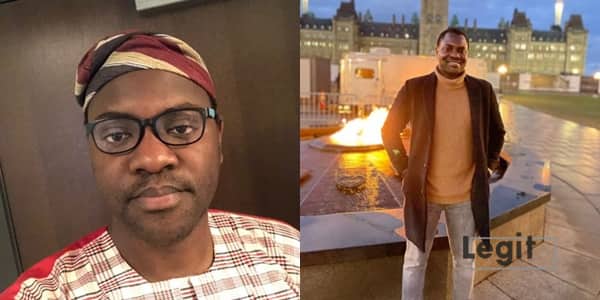 A Canada-based Nigerian academic, Dr Olumuyiwa Igbalajobi, has secured another victory for Nigerians seeking to study in Canada. Henceforth, Nigerian citizens applying for admission into Athabasca University, Canada, will not have to worry anymore about the English proficiency test as this has been waived.

How it all started The waiver came after Dr Igblajobi sent a protest letter to the school, enumerating reasons why Nigerians should not have to present an English test.

According to him, since Nigeria teaches its children in English from elementary to tertiary level, this means the country is an English-speaking country. He also argued that English is the official language of business in Nigeria, hence no need for further tests.

List updated by Athabasca University In response to the letter, the school has now updated the list as it has recognised Nigeria as an English-speaking country.

In a separate chat with Legit.ng, Dr Igbalajob said it is not good that countries colonised by Britain are still being asked to prove they can speak English.

His words: “It’s bad to request IELTS from African countries colonized by the British. I have written about 12 universities till date. I will continue to identify universities with stale lists and those who wouldn’t recognize Nigeria as an English speaking country.”

The school granted the demand of the Nigerian academic. He was praised by social media users and other Nigerians after the story went viral.

Nigerians expressed disgust that students from the country are regarded as non-speakers of the English Language.