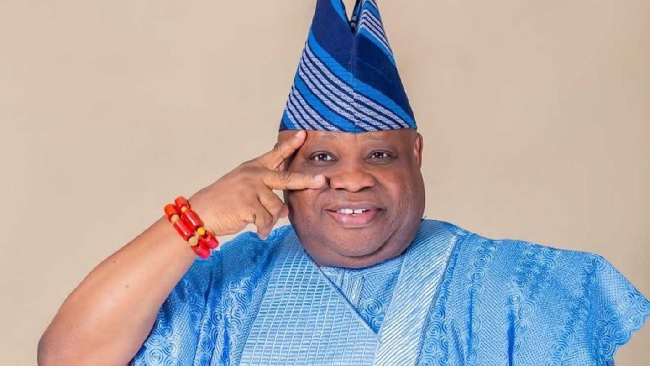 The management of a charity organization widely known as Soludero Family has congratulated the Governor-elect and Deputy Governor-elect in person of Senator Nurudeen Ademola Jackson Adeleke and Prince Kola Adewusi respectively on their landmark victory at the just concluded Osun governorship election.

This was contain in congratulatory message signed by President of the organization Prince Dr. Adewole Akinpelu Ologbenla.

The statement affirmed that the victory came as a result of the love the electorates have for the elected leaders.

It advised the duo to give the development of the state and the welfare of the populace top priority.