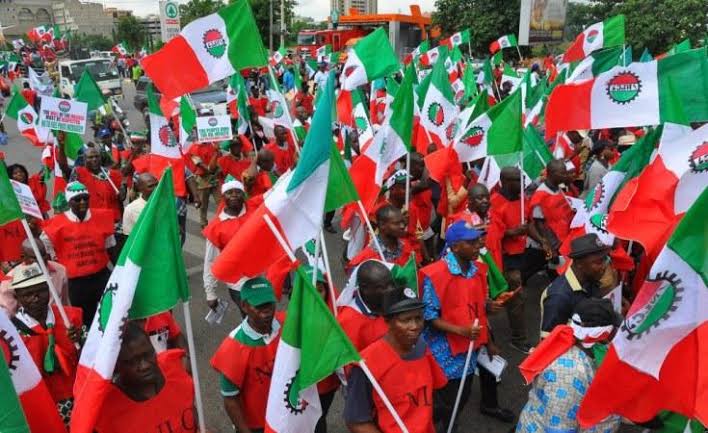 The Nigeria Labour Congress, NLC has begun the two-day rally it had planned to hold in protest of the ongoing ASUU strike and other problems plaguing the nation.

In solidarity with the Academic Staff Union of Universities, ASUU, and other affiliated unions, the Congress has joined the widespread protest against the ongoing strike at Nigeria’s public universities.

The national president of the NLC, Comrade Ayuba Wabba, informed colleagues that the national days of protest were in support of unions in Nigeria’s public universities who are fighting for high-quality education in a circular sent to state councils of the NLC by the national secretariat and obtained by Vanguard.

“In line with the decisions of the National Executive Council (NEC) meeting of the Nigeria Labour Congress held on the 30th of June 2022, we have scheduled as follows the national days of protest to get our children back to school and support our unions in Nigeria’s public universities fighting for quality education.

“You are requested to immediately convene the meetings of your SAC to disseminate this information and to fully mobilize workers in the states for this very important protest for good governance,” Comrade Wabba said in the circular jointly signed by the NLC general secretary, Comrade Emmanuel Ugboaja.

In line with the agreement, Members of the Congress, Tuesday stormed the streets of Lagos, with placards emblazoned with different inscriptions.

Some of the inscriptions are: “Nigeria at 60 years Independence, More hunger in the land”. “Reduce the costs of governance now. Save the masses from poverty and hunger”. “Stop importation of petrol, revive the refineries”.

The protest will last for two days.