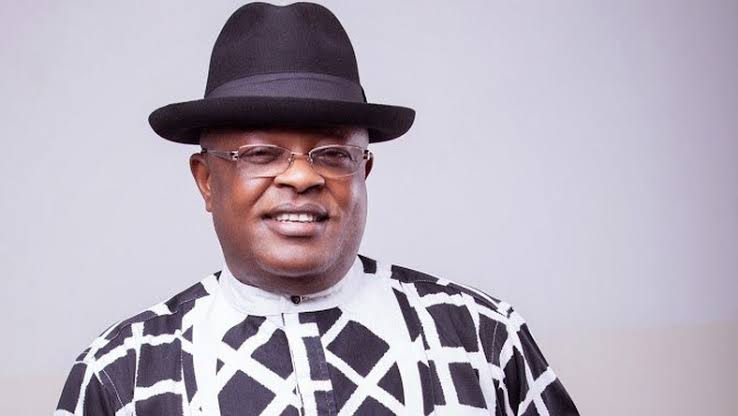 The Governor of Ebonyi State, Chief David Umahi, was on Sunday declared the winner of the All Progressives Congress’ Ebonyi South Senatorial Zone fresh primary election.

Earlier, the chairman of the APC electoral panel, Prof Emmanuel Adebayo Kehinde said that five contestants participated in the fresh primary election of the party.

The election, which took place at the Afikpo North Local Government Area headquarters, witnessed the presence of prominent stakeholders of the state, including the members of the state executive council.

He noted that Ezenwanyi scored 3 votes, Nwakaego scored 5 votes, while 7 votes were invalid.

News gathered that Umahi and his younger brother, Austin Chukwu Umahi, came first and second respectively, while Agom-Eze had zero votes at the time of filing this report.

It was also learnt that Umahi’s younger brother boycotted the election.

In a swift reaction, Umahi thanked the entire people of Ebonyi State for the opportunity given to him to clinch the ticket.