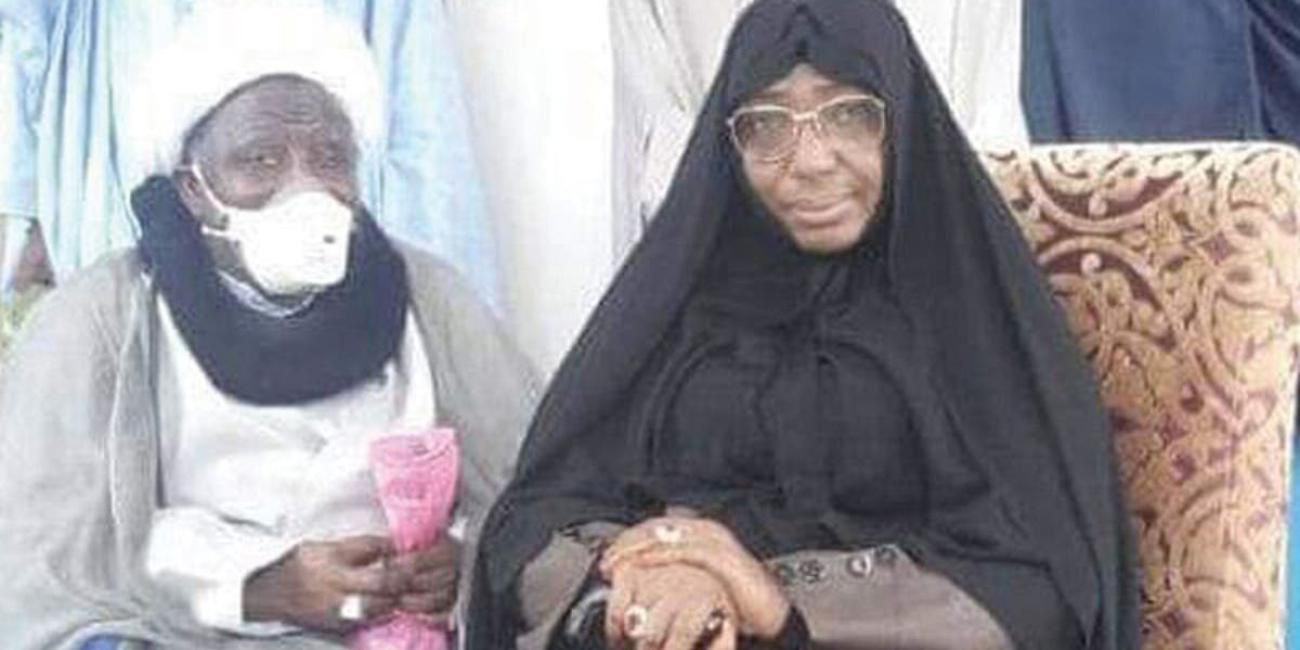 The Islamic Movement in Nigeria (IMN), otherwise called Shi’ites movement has described the continued delay of the release of the passport of its leader, Ibraheem El-Zakzaky and his wife, Zeenat as an attempt to summarily eliminate the couple one year after their acquittal by a Kaduna high court.

The movement lamented the harrowing experience being faced by the couple owing to their deteriorating health conditions following their arrest and incarceration in December 2015 by the Muhammadu Buhari regime.

IMN disclosed this in a statement by Dr. Dauda Nalado on behalf of the Academic Forum of the movement to commemorate one year of their acquittal by the Kaduna high court.

The statement added that the 2015 Zaria massacre by the Nigerian army was an “all-out-war” aimed to eliminate the scholar and stop the Islamic movement from practising their religion.

The statement read, “We would like to inform the public that in spite of the favourable judgment of Kaduna State High Court delivered by Justice Gideon Kurada on the 28th of July, 2021, the Buhari regime has refused to return or reissue the travel documents of Sheikh El-Zakzaky and his wife.

“The historic judgement frees the couple without a single condition attached. But reliable information reaching us reveals that tyrant Buhari has placed a travel ban on the freed, notwithstanding their critical health challenges. It is pertinent to let the public know that the freedom of Sheikh El-Zakzaky and his wife is still on the periphery, cruelly delayed and unlawfully denied.

“The public are fully aware of the 2015 Zaria massacre executed from 12th to 14th December. It was an ‘all-out-war’ to eliminate the Sheikh and dislodge the Islamic movement under his distinguished tutelage.

“The Nigerian Army under Buhari’s direct command invaded the Husainiyyah along Sokoto Road, the Dambo-film-village-farmyard-cum-martyrs’ graveyard and Sheikh El-Zakzaky’s Gyallesu residence, all in Zaria. They killed his followers in excess of a thousand, and set the house ablaze.

“Against all odds, the prime target, his wife and several other family members survived the arson and all that unprecedentedly brutal attack. Yet, no sooner had four soldiers ‘discovered; the whereabouts of the survivors in a laundry room than they started to rain bullets on them, instantly killing three of his sons, leaving the Sheikh and his wife ‘waiting to die’ from the lethal gunshot wounds, but they are still alive with multiple health complications that could not be treated here in Nigeria, therefore very much in need of urgent medical attention abroad.

“Justice was delayed and prolonged for more than 5 years, but at last the court discharged and acquitted the Sheikh and his wife. Following the court triumph, the couple’s immediate preoccupation has been to cater for their medical needs abroad but their passports have been seized and denied for a year now.”

The sect, therefore, demanded the immediate release of the passports and other travelling documents of the scholar and his wife to enable them seek medical treatment abroad.