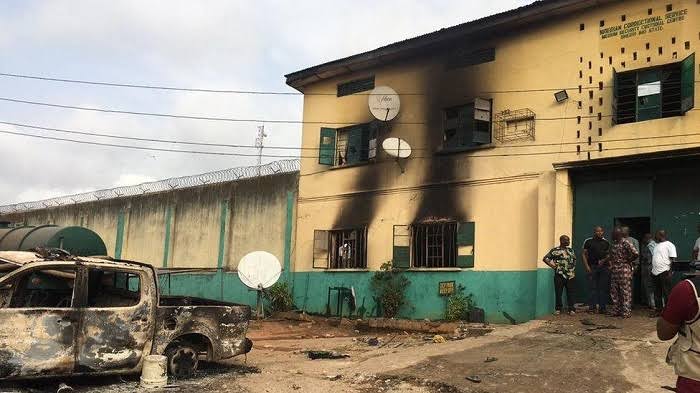 How informants helped terrorists launch attack on Kuje prison, Zuma Rock military checkpoint The source noted that the activities of the information give birth to the recent attacks across Nigeria’s capital city including the attack on the Kuje custodian facility on the outskirts of Abuja.

The source said: “The suspects are currently being interrogated to determine if they are working for terrorist groups or armed bandits or other elements with ulterior motives.

“I can authoritatively inform you that, while the military has deliberately refused to provide updates since the attack on Kuje Prison, to last attacks on troops at the Bwari and Zuma Rock axis, the joint security task force has so far killed more than 70 armed criminals, including dangerous Kuje prison escapees and terrorists.”

In addition, the Defence Intelligence Agency (DIA) is reportedly coordinating a discreet intelligence operation that would aid with the provision of fresh clues on the activities and whereabouts of other members of the terrorist groups.

Senator Iroegbu said that the implication of the attack at the Kuje prison facility is a red flag and a pointer that the Federal Capital Territory may be a city under siege.

According to the expert, there is a need for punitive measures to be meted out to security personnel and agencies that jeopardise the effort to end terrorists’ activities in Nigeria.

Kuje prison attack: Senate President Ahmad Lawan fumes, explains what really happened The attack on the Kuje Medium Security Custodial Centre had been described as an incident that could only have occurred with the help of insiders.

This was disclosed by the president of the Nigerian Senate, Ahmad Lawan, on Thursday, July 7, during a visit to a facility. According to Lawan, the attack on this correctional facility is symptomatic of the failure of security failure.