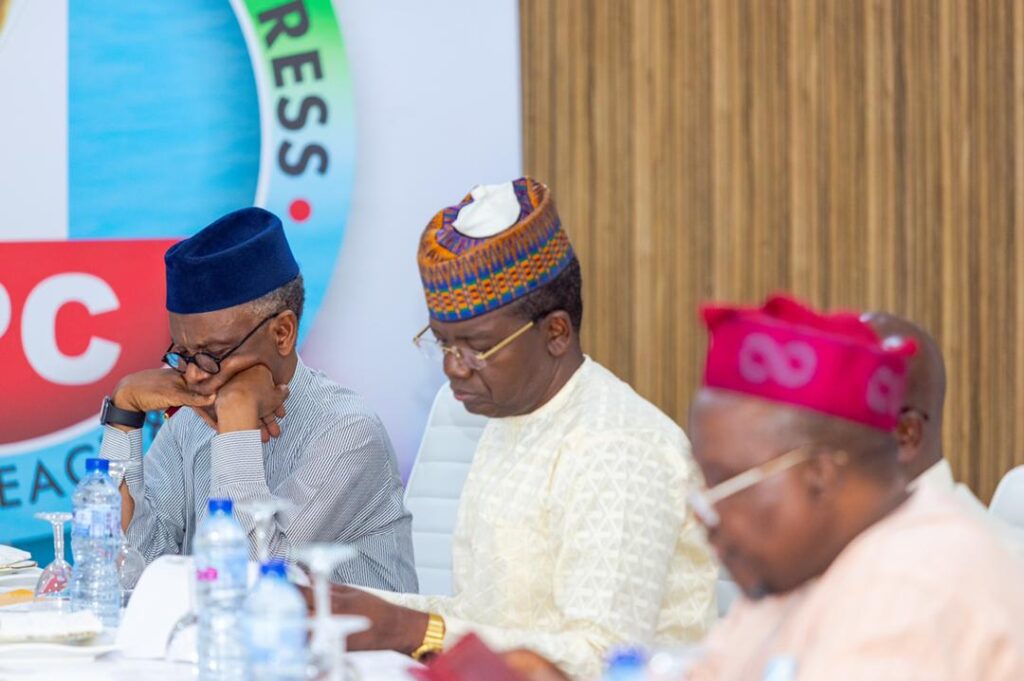 Nasir el-Rufai, governor of Kaduna state, says a director-general has been picked for the All Progressives Congress (APC) presidential campaign council.

Speaking after a meeting the APC governors had with Bola Tinubu, standard bearer of the ruling party, and Kashim Shettima, his running mate, in Abuja on Monday, el-Rufai said other positions in the council are being discussed.

The governor said President Muhammadu Buhari and Abdullahi Adamu, national chairman of the APC, would be briefed before a formal announcement.

“This is a delegation of the Progressive Governors Forum led by our Chairman Dr Atiku Bagudu and the party represented by the national secretary,” he said.

“We came to report on an assignment given to us by our Presidential Candidate, Asiwaju Bola Ahmed Tinubu and his running mate to begin the broad consultations and develop a structure for the presidential campaign council. We have done some work on it.

“We have briefed the candidate and his running mate and inputs have been taken and our hope is that in the shortest possible time the candidate will consult more with the party leadership and brief Mr President and get his input and then we formally unveil the presidential campaign council.

“A decision has been taken on the director-general but other positions in the campaign council are still being discussed. The president and the national chairman and national working committee will be briefed before a formal announcement.”

Adams Oshiomhole, former governor of Edo, was reported to be the director-general of the APC presidential campaign council, but he denied it.

Oshiomhole and Iyiola Omisore, national secretary of the APC, also attended the meeting.