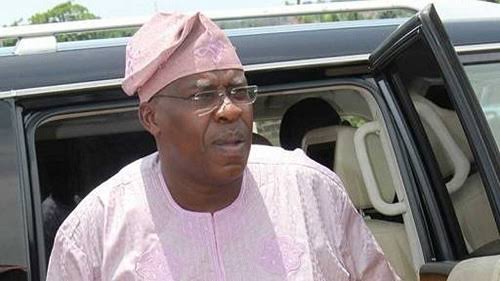 A stalwart of the Peoples Democratic Party (PDP) in Osun State, Omooba Dotun Babayemi , has raised the alarm that some people are after his life because of his efforts at seeking redress at the court of law.

Babayemi who is currently seeking to get justice as regards the controversy surrounding who the authentic gubernatorial candidate of the party is in the state, wondered why politics could be taken to such despicable level.

In a save-my-soul message issued by his Media Office on Wednesday and made available to journalists, he admonished that politics should be played without coercion or harassments.

“Before and after the July 16 governorship election in Osun, I have received a number of voice notes;some laced with vituperation and different insults being hauled at me while some are outright threat to my life. I can’t fathom why some people have chosen this dangerous and uncivilized lane” he said.

Babayemi who warned those behind such unholy acts to desist, maintained that he would never be cowed in his resolve at seeking justice at any level of opportunity offered by legal entitlements.

“Those sending threatening voice notes and their sponsors have failed.No matter how, the course of justice can not be circumvented through such crude means.Besides,nobody can intimidate me” he maintained

While assuring that he was already doing the needful in intimating relevant security agencies with the development, Babayemi implored his supporters, stakeholders and party members across the state to continue to be law-abiding.