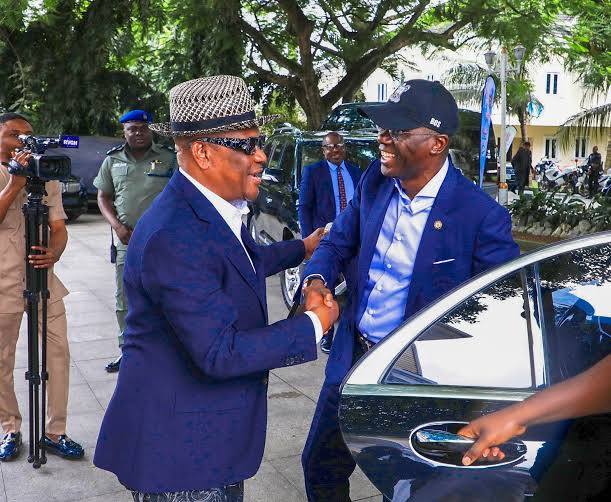 Rivers Governor Nyesom Wike has continued to keep the Peoples Democratic Party (PDP) guessing following his decision to ignore chieftains of his party in events scheduled by his administration to inaugurate some of the completed projects.

It was observed that the development was the first time in a long while the Governor failed to invite significant members of PDP for series of project commissioning and inauguration.

In the programme of events billed to start on Monday, Wike extended unusual invitations to the leaders of the All Progressives Congress (APC) to inaugurate completed projects in Rivers.

Among the invitees are Speaker Femi Gbajabiamila, who would inaugurate the House of Assembly quarters on Friday and Olusegun Mimiko, a former Governor of Ondo State, who would commission dualisation of Azikiwe Illoabuchi Road.

There were indications that the bad blood created by the PDP at the national level and the party’s Presidential Candidate, Alhaji Atiku Abubakar, during the process that led to the emergence of Atiku’s running mate was far from over.

Sources in the party said Atiku had made it worst with his utterances and body language that he could win the next election without Wike and Rivers.

There were signs that Atiku was making efforts to divide the Rivers PDP by bypassing Wike to establish contacts with other party leaders in the state.

It was further gathered that the recent dissolution of the Governing Council, Elechi Amadi Polytechnic and the removal of Lee Meeba as its Chairman was part of the fallout of the alleged meeting with Atiku.

The dissolution was contained in a statement signed by the Commissioner for Education, Prince Chinedu Mmom.

The statement asked members of the council to hand over all properties of the school in their possession to the school management.

Wike was said to have accused some leaders and elders of the party of holding secret meetings with Atiku during a meeting that ended in deadlock.

But the governor, it was gathered, took some drastic steps to reorganise the leadership of the PDP in local government areas where their former leaders showed signs of disloyalty.

Read Also:PDP crisis: Makarfi seeks accommodation for Wike, others
One of the leaders of PDP, who spoke in confidence, however, said the purported meeting of some Rivers PDP stalwarts with Atiku was speculative.

He warned that it would be suicidal for anybody to think he could get the support of Rivers people especially PDP members without governor Nyesom Wike.

He said: “These issues are still speculative. There hasn’t been any official statement to confirm them. But anybody who thinks he can bypass the governor to get the support of Rivers people should simply think again. It is politically suicidal to think so.

“I think that PDP leaders in Rivers should come together and hold a meeting. Governor Wike has surpassed the promises he made to Rivers people and the people love him. He also has total control of the PDP. Therefore, it will not be possible to bypass him”.

Another PDP stalwart, Ogbonna Nwuke, however, said people should not read political meaning into the the governor’s project commissioning and inauguration.

Nwuke said it was not the first time the governor would invite leaders of opposition APC to either inaugurate and commission his projects, recalling that Wike once invited former Governor Rochas Okorocha for a similar purpose.

On the recent comment of Atiku that PDP could win the forthcoming election without the governor, Nwuke reminded Atiku that “pride comes before a fall”.

“At this point, we are not talking about whether or not he will win an election with or without anyone. What we are thinking about is the unity of the PDP that he belongs to. If what happened was wrong, he had the responsibility to correct them. Pride goes before a fall.