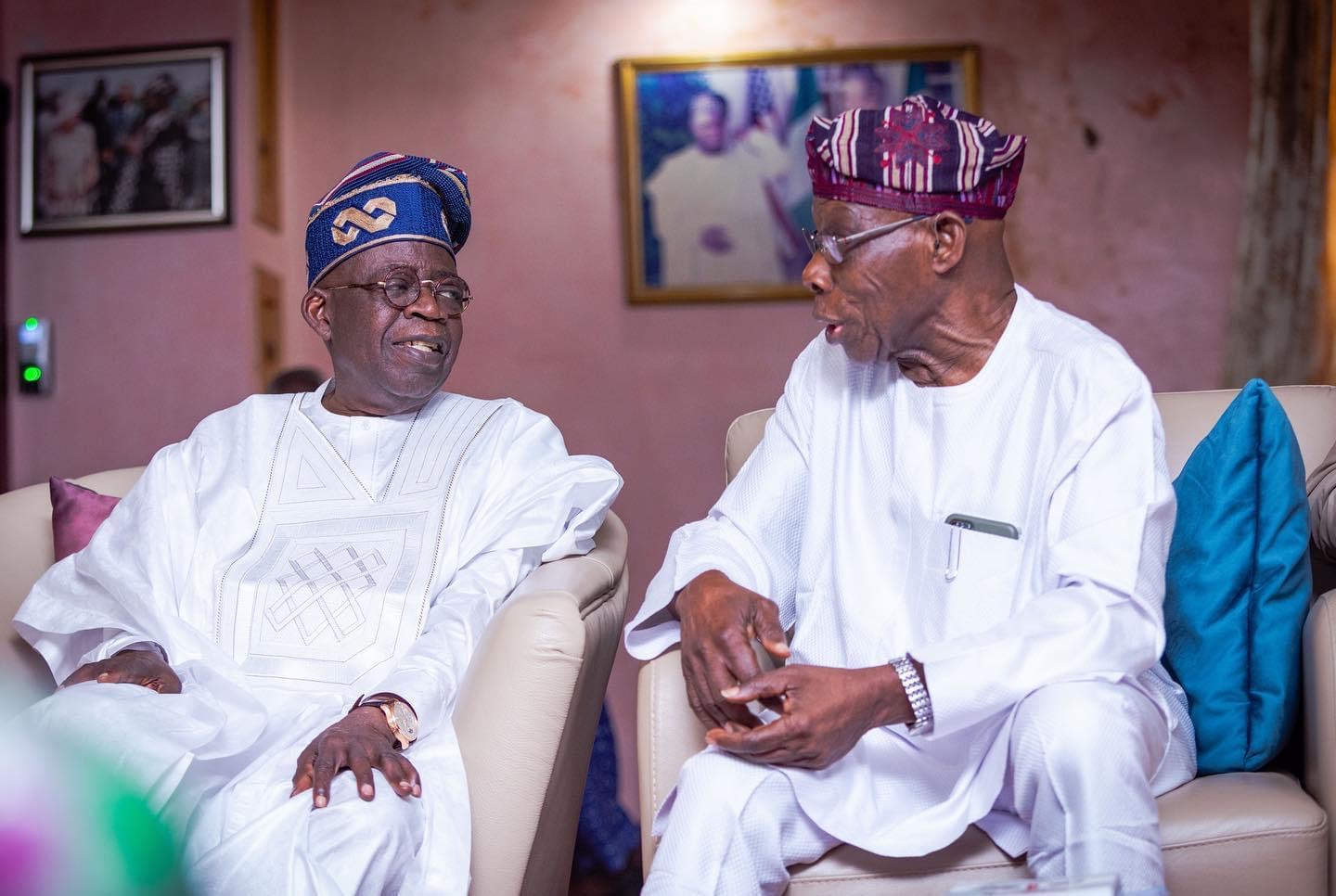 All Progressives Congress (APC) presidential candidate Asiwaju Bola Ahmed Tinubu has visited Abeokuta, the Ogun State capital, declaring he was in the State to thank them and not for the campaign yet.

Tinubu said he came to appreciate Ogun APC for supporting his 2023 presidential ambition and the re-election bid of Governor Dapo Abiodun.

He spoke while addressing party members and supporters at the MKO Abiola Int’l stadium, Kuto Abeokuta, who welcomed him to the State shortly after visiting ex-President Olusegun Obasanjo. “It is not campaign time yet.

I’ve not come to campaign. I came to greet the people of Ogun State for their support.

He was joined at the stadium by former Governor Olusegun Osoba, Chief Bisi Akande and Senator Gbenga Kaka among others.

He visited former President Olusegun Obasanjo in Abeokuta, the Ogun State capital, in furtherance of his 2023 presidential bid. This is the first time Tinubu would meet with the ex -President since he won the presidential ticket on June 8.

He arrived Olusegun Obasanjo Presidential Library (OOPL) around 1.14pm and proceeded to the elder statesman’s penthouse within the sprawling facility to hold a closed-door meeting with Obasanjo.

A massive crowd of party supporters and enthusiasts besieged OOPL to welcome Tinubu, chanting his praises.

Details of the meeting were not disclosed to newsmen but a source close to the former President said it bordered on Tinubu’s presidential ambition and other national issues.

The source added that Tinubu had lunch with the elder statesman before leaving him for MKO stadium where he briefly addressed APC faithful. Abiodun commended the people for their support and for joining to welcome the “August visitor in August.