Despite the explanations given by the All Progressive Congress, APC, that it is not going to Islamize Nigeria with the proposed Muslim-Muslim joint presidential ticket by the party, many Nigerians have continued to raise high-brow about it, most especially from the Christian Association of Nigeria, CAN and its affiliate bodies.

However, to clarify that the same religion ticket will not Islamize the country nor affect the development of the country, a former Minister of Aviation, Femi Fani Kayode, who is an APC Chieftain took to his social media page to tell Nigerians that a Christian/Christian joint ticket won the gubernatorial election in Osun State even though there was Muslim-Christian ticket, and the Muslims in Osun state did not cry foul even though they are 50% population in the State. Quoting Fani Kayode as he tweets, he said, 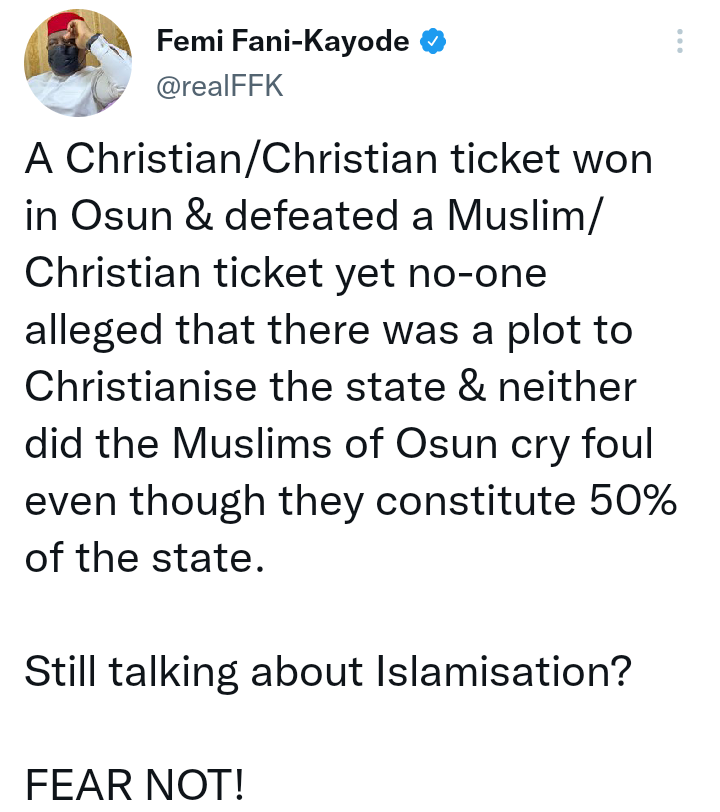