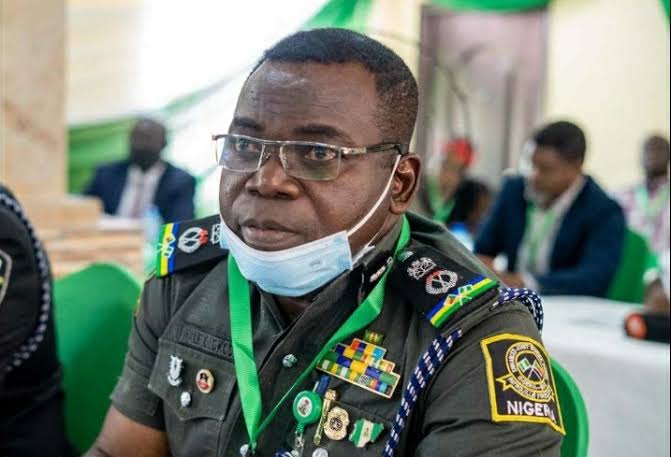 A socio-political group, Osun Shall Rise Again, OSRA, has expressed concern over the inability of the Osun State Commissioner of Police, Wale Olokode, to effect the arrest of the alleged Killer cop, CSP Omoyele and a serving lawmaker, accused of killing two persons in Ede, including a pregnant mother.

The group is equally worried that several months after a notorious cultist, who go by the alias ’emir’ and another one called Solo were declared wanted by the Osun Police Command, these people were yet to be reined in, even when they are seen attending parties in public glare and frolicking with chieftains of the Peoples Democratic Party (PDP)in the State.

Incidentally, the ruling All Progressives Congress (APC) had openly complained against the activities of these two notorious cultists several months before the July 16, 2022 governorship polls.

In a statement by the Secretary and Chairman of OSRA, Saheed Bakare and Lanre Akeju, respectively, the group noted that there are insinuations that CP Olokode may be deliberately working for the PDP, especially because “these wanted persons are usually provided cover by his men, especially CSP Omoyele and his team.

“We have noticed an increase in the spate of violence and attacks in Osun since Senator Ademola Adeleke was declared Governor -elect.

“Curiously, a police officer whose records of human rights violation is in the public domain, including how he was heavily indicted by Endsars Panel report, is being detailed as the Chief Security Officer to the Governor -elect. We hope it is not what we are thinking.

“If CSP Omoyele and the serving lawmaker cannot be arrested because they are serving the interest of the PDP, we hope CP Olokode is not also conniving with them to set up a killer squad, post November 27.

“Through our credible sources within the Police, we have it on a good authority that CP Olokode has confided in some persons that Omoyele indeed fired the shot that killed one of the victims and that he (Omoyele) was on an illegal duty. We are therefore at a loss why up till this morning, he and other members of his team have not been arrested.

“While we await CP Olokode to tell us when he will be effecting the rest of Omoyele, Solo, emir’ and the serving lawmaker, we also call on the IGP to immediately withdraw CSP Omoyele as CSO to the Governor -elect. This, we believe is the only way to tell other criminals lurking around that there are consequences for bad behaviours. For we continue to allow them roam the streets, others will be emboldened to carry out such nefarious acts, like some did yesterday at Owode Ede,” the group added.