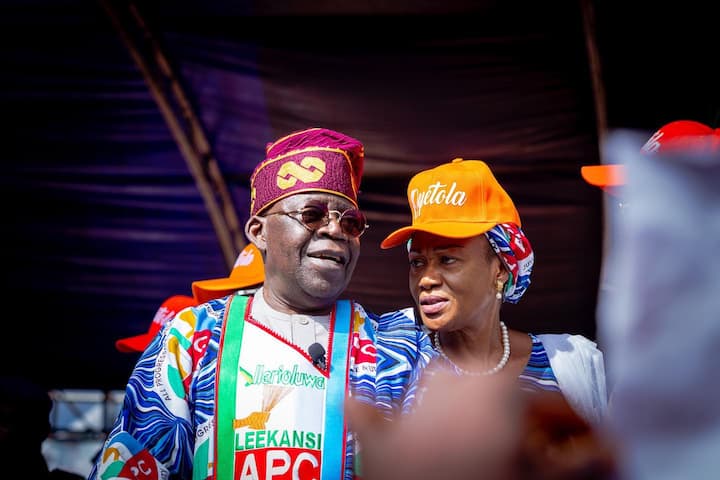 Festus Keyamo, minister of state for labour, says Oluremi Tinubu, wife of the presidential candidate of the All Progressive Congress (APC), Bola Tinubu, will oversee the Aso Rock chapel if her husband is elected president in 2023. The minister who doubles as spokesman of the Bola Tinubu Campaign Council said this on a Channels Television programme on Tuesday, August 23.
He said the presidential candidate’s family had always been multi-religious. “It has nothing to do with unity, it’s just a winning strategy,” he said. “It’s not a spit on the Christians. Muslims are a minority in the south and Asiwaju is Muslim from the south. Some Muslims are a minority in the north.

“Like I said, look at Asiwaju Bola Ahmed Tinubu as a person. Look at his record. He was one that returned all the mission schools to them in Lagos when he was governor.
“For the churches, he returned the mission schools to them. He has a multi-religious home. Some of his children are Christians. His wife is a pastor. “The chapel in the villa will be overly used because the wife automatically will be the pastor, attending that chapel. So the chapel will not be closed down. He will be using it when he is by the grace of God president of this country.”
Tinubu’s wife, who is currently the senator representing Lagos central, was in 2018, ordained as assistant pastor at Redeemed Christian Church of God (RCCG).

The lawmaker urged Christians in Nigeria not to feel threatened over such a political combination. Recalling that Remi, the wife of Tinubu, is a pastor of the RCCG, Uzor-Kalu said contrary to wide perceptions, women are usually the head of the house.