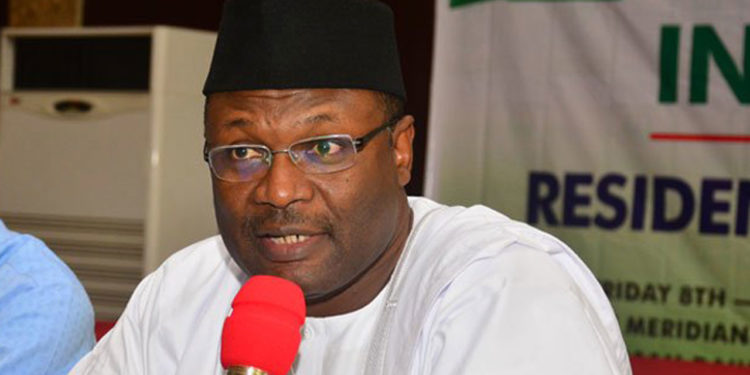 The commission also lamented the ongoing political campaigns on social media but regretted that it was handicapped to take action because it’s beyond its jurisdiction. This came as Yiaga Africa urged the commission to subject the Bi-modal Voters Accreditation System (BIVAS) to a stress test ahead of the 2023 general election.
INEC stated this during a workshop for political parties, civil society organisations, the media and other stakeholders titled: “The role and impact of digital technologies in facilitating peaceful elections in Nigeria.”
The two-day programme in Abuja was organised by the National Peace Committee (NPC) in collaboration with the Kofi Annan Foundation and the Kukah Centre.

Speaking as a panellist during one of the sessions, the special adviser to the INEC chairman, Prof Mohammad Kuna, who reacted to fears over the electronic transmission of results, said “editing of uploaded results by electoral officials is not possible,” adding “once the results are uploaded they cannot be edited.”
He said results uploaded on the INEC Result Viewing Portal (IREV) cannot be breached, stressing that there has been less rancour as far as results is concerned because of the commission’s use of technology.
He added that the inability of politicians to manipulate the process has seen them resort to buying votes, adding that the electronic transmission of results has afforded political parties and candidates to compute election results real time.

While he admitted failed attempts to attack INEC’s websites and electronic portals, he assured that the commission has adequate security to resist such attacks. Corroborating, Prof Abdullahi Abdu Zuru, said party agents are required to sign the results from polling units, adding that they must ensure that what they signed is what is uploaded.On breach of campaigns ahead of the elections, Kuna said those campaigning on social media are taking advantage of the loophole in the electoral laws which does not extend to social media.
While campaigns are expected to start from September 28, he said “I am not sure the new Electoral Act in terms of regulations extended the reach to social media and so the people exploited it.”

“I urge INEC to conduct a stress test on the BVAS to gauge its vulnerability ahead of the 2023 polls.”
He further urged Nigerians to charge INEC to henceforth upload accredited voters list alongside results from the polling units.”

He said “The BVAS has capacity to upload results from the polling units and the wards as well as the registered voters in various polling units.” Head of the secretariat of NPC, Revd Father Atta Barkindo, said they decided to embark on this workshop because they discovered the need to hold candidates and political parties to account on the issue of social media and fake news as part of the peace accord process.
Other panelists at the event decried the deliberate use of social media to spread fake news ahead of the 2023 general elections.

Head, Anglophone West Africa/Public Policy, Facebook, Adaora Ikenze, noted that the aim of the gathering is to fashion out a system of having a civil way of engagement during the election, adding that political actors should desist from sponsoring contents targeted at exploiting the weak and vulnerable through false news.
Director of CDD, West Africa, Idayat Hassan, warned against the digital interference in our electoral system by foreign countries. She however noted the need for increased sensitisation on the impact of fake news ahead of the 2023 elections.