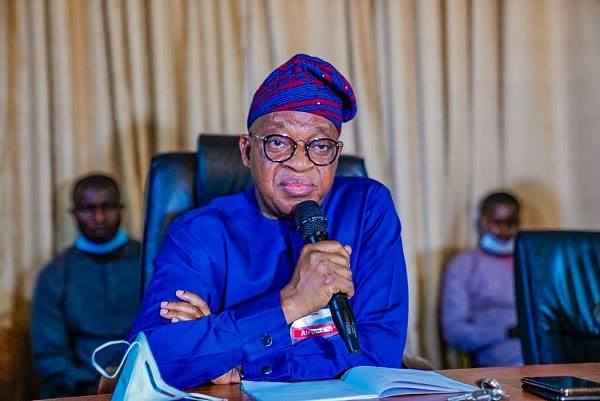 According to a statement signed by the Commissioner for Information and Civic Orientation, Funke Egbemode, after the weekly Executive Council Meeting, ‘the new appointments are Prince Samuel Oluwasegun Adedire as Obawara of Iwara-Ife in Ife East Local government; Prince Josiah Adeleke Oyewole Awolade as Olaaresa of Masifa in Ejigbo West LCDA, Chief Joseph Olubiyi Toriola as Ogunsua Modakeke in Ife East Central LCDA and Prince Adedeji Olusegun Isaiah as the Tirimi of Iperindo in Atakumosa East Local Government.’

The Government received news of his demise on November 1, 2018 and commenced the process of filling the stool.

The choice was ratified by the Ooni of Ife who is the consenting authority to the stool through a committee set up for the purpose.

The stool is a recognised Chieftaincy to the Chiefs’ Law (Cap 25) Laws of the State of Osun 2022.

The Ministry of Local Government and Chieftaincy Affairs was informed on May 14, 2018 and promptly directed the local council to commence the succession process.

On September 2, 2021, the kingmakers voted and picked Prince Josiah Adeleke Oyewole Awolade as the Olaaresa of Masifa-elect.

The Ministry of Local Government and Chieftaincy Affairs was informed on March 17, 2022 and directed the authorities of the council to inform the government whenever the burial rites of the late monarch are completed to kick start further necessary action.

The eight kingmakers unanimously voted Chief Joseph Olubiyi Toriola next Ogunsua Modakeke. The Ooni of Ife has also given his consent to the appointment.

The stool of Tirimi of Iperindo in Atakumosa East Local Government became vacant on 1st February, 2017 sequel to the judgement of the High Court which set aside the appointment of Prince Joseph Folorunso Olowu Ifayemiwo.

The Tirimi of Iperindo Chieftaincy is a recognized Chieftaincy to which Part II of the Chiefs’ Law (Cap.25), Laws of the State of Osun, 2022 applies.

The Ministry of Local Government and Chieftaincy Affairs was informed about the court judgement which set aside the appointment of Prince Joseph Folorunso Olowu Ifayemiwo, the deposed Tirimi of Iperindo on 7th September 2021.

The authorities of Atakumosa East Local Government forwarded documents which showed that all the six kingmakers of Tirimi of Iperindo met on 18th November, 2021 where they’re selected Prince Adedeji Olusegun Isaiah as the Tirimi-elect.

The four appointments take immediate effect, according to Egbemode.