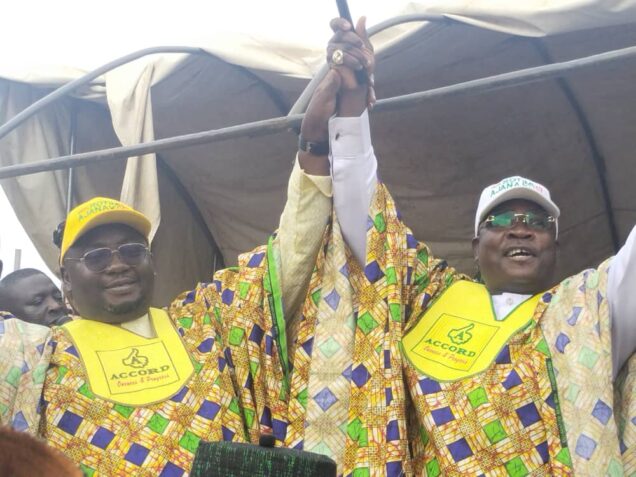 Chief Adebayo Adelabu, the Accord Party governorship candidate in Oyo State said the party is waxing stronger ahead of the 2023 general election.

He made this known during at a meeting in the Ibadan North-West/South-West Federal constituency held in Oke-Ado Baptist Secondary School in Ibadan.

The meeting was attended by Mr Kolapo Kola-Daisi, the party’s Oyo South Senatorial candidate and hosts of other party leaders.

The governorship candidate said that he was at the meeting to present the party flag to candidates on behalf of the national and state chairman of the party start.

Adelabu, who said that though campaigns had yet to begin, expressed joy at the large turnout of members for the meeting.

“You have known your candidates, work with them to secure victor for our party in the coming elections,” he said.

He said that the party was waxing stronger on daily basis, saying the party has risen to become a main force in the 2023 general election.

The governorship candidate expressed optimism that the party would emerge victorious in the 2023 general election without stress.

Adelabu urged members not to relent on their efforts at bringing more people onboard the victorious ship of Accord party in the state.

“You should continue to bring all your people together and remain as one ahead of the 2023 elections campaign kickoff,” Adelabu said.

In his remarks, Ajanaku expressed confidence that all the party’s candidates across the state would emerge victorious in the election

He said that all the Accord party candidates in the state are people of proven integrity, who had excelled in their respective careers.