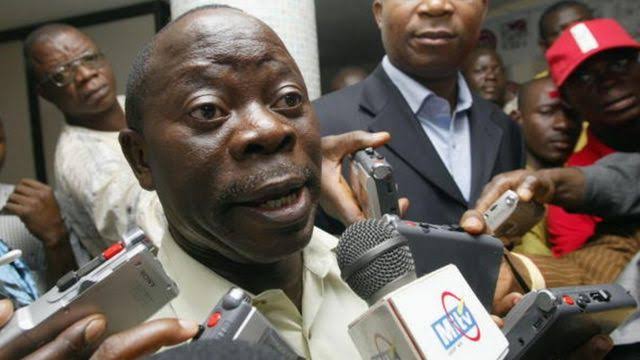 The two terms governor of Edo State recalled his experience while addressing leaders of the party from the three senatorial districts of Edo State in Benin.

Oshiomhole said he had the opportunity to have gone to court to challenge his right when he was removed from office as the national chairman of the party but he did not despite the pressure and persuasion from friends and political associates.

“If I had gone to court and APC could not do their convention, what would I gain? Take an example from my own life,” he said.

Oshiomhole said President Muhammadu Buhari has also given a matching order to all aggrieved members of the party across the state to withdraw all cases from the courts, work together and form a formidable force in winning the forthcoming elections.

He also said he has not endorsed anybody as his preferred governorship candidate pointing out that, he is yet to recover from his past mistake and that he has learnt a lesson from it.

“God blesses us with victory, the rewarding system will change. If you cannot deliver your unit, your ward and your local government.

“For me, I will not anoint or appoint anybody because I can’t be doing the same thing and expect a different result.

“All those that are saying Oshiomhole is supporting XYZ, they are liars. The one I support, what has he gotten us?

“The last thing I think we should explain to people, there has been deliberate misinformation, unknown issue, where people spend so much time talking about Muslim Muslim tickets, Christian Christian tickets.

“I want to repeat before you so that you take this message to the villages. Yes, Asiwaju is a Muslim, a Yoruba man from the South-West but he found love in Delta, our own Bendel. Is Delta not part of Bendel? And this beautiful lady, girl then, is a Christian, she was not a pastor then, while she was married to Asiwaju as a wife, she maintained her faith and grew to become a pastor in Redeemed Church, not one unknown church, one of the largest pentecostal churches in Nigeria.