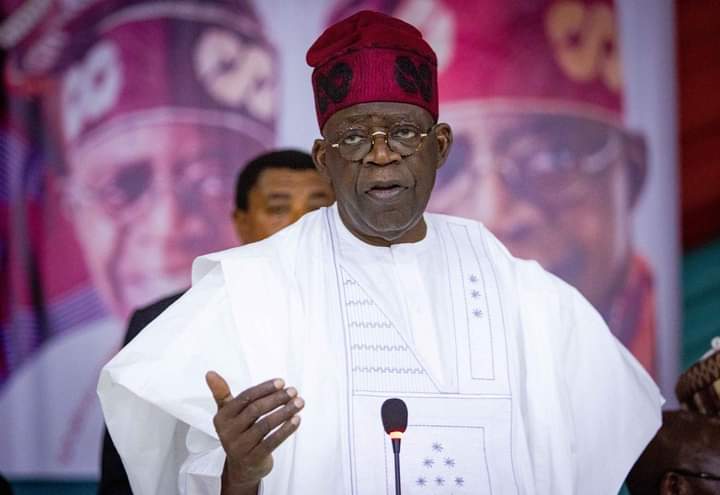 The All Progressives Presidential candidate, Asiwaju Bola Tinubu has said he was a millionaire in dollars 10 years before he became governor of Lagos.

He said the youths should not be deliberately misled on his source of wealth and that any Nigerian who was smart enough to invest a mere N1.8m in Apple Corporation shares in 1980, would be worth more than N10 Trillion today.

“Please stop deliberately misleading our Youths. Any Nigerian who was smart enough to invest a mere N1.8m in Apple Corporation shares in 1980, will be worth more than N10 Trillion today”

“Our Youths are deliberately being misled by those who never saw a million dollars until they got into public office or became banking executives and started stealing.

“A $1,000 daily basic travel allowance of a good business executive in 1990, invested into Apple Corporation shares, is today worth at least $2.5 million dollars.

“Some of us still alive today, received per diem of $1000 per day, locally and abroad in the private sector in the 1990s. I bought my first computer and professional IT Tools, outrightly with such per diem in 1986.

“Call a thief a thief. Let rogues call themselves rogues, without using the collective “we are all rogues”. Those who imported Tokunbo cars for $5,000 or new cars with $10,000 in 1990 to show off, instead of investing in Apple shares for example, should not assume all today’s wave-making multi-billionaires in politics and business, are rogues like them,” he said.

Tinubu added: “Please tell the youths the truth. I Asiwaju Bola Tinubu was a millionaire in dollars as a NADECO chief at least 10 years before I became the governor of Lagos State. Let others openly declare the sources of their billions.

“The reality today is still that creative and very intelligent youths will still earn allowances in dollars without needing to lie as internet trolls. As liars they will only lose credibility and respect, as they grow older. Let the 2023 Presidential campaigns be on issues based and not lies from candidates.”