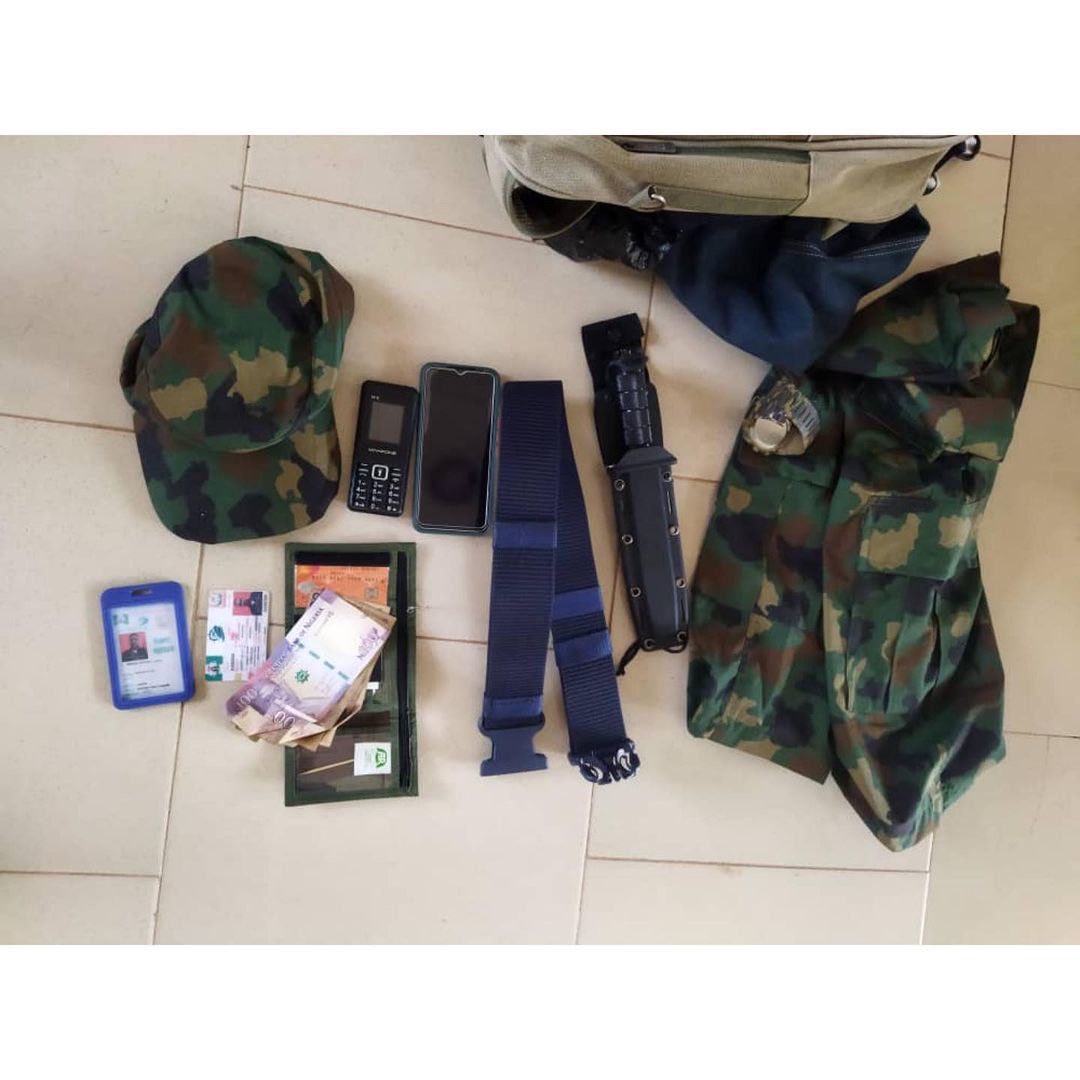 The suspect who claimed to be working in Kogi State, was arrested at Domamarket, while putting on full Military Camouflage, by operatives of 4 Special Forces Command, Doma and handed over to the Police for further investigation.

Preliminary investigation revealed that the suspect procured the military regalia and accoutrements from Lagos State, and was using it to deceive unsuspecting members of the public before nemesis caught up with him,” he said.