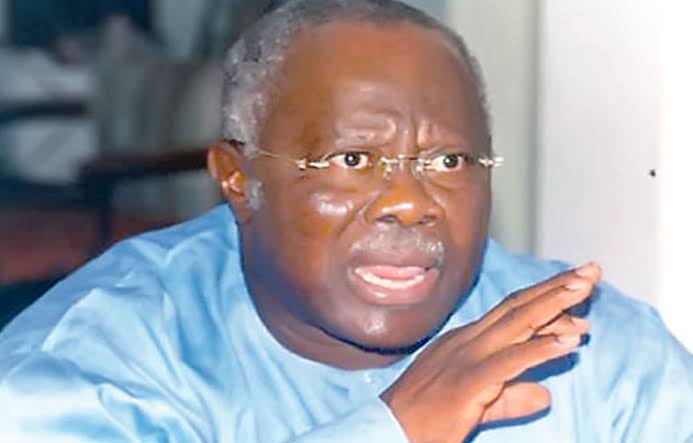 A former Deputy National Chairman of the Peoples Democratic Party (PDP), Olabode George, has reacted to the meeting between the party’s presidential candidate, Atiku Abubakar and some governors in London.

It’s was reports that Atiku met with Governor Nyesom Wike of Rivers State and other PDP governors in London last Thursday.

Others present at the meeting asides from Atiku and Wike were Governor Seyi Makinde of Oyo State, Governor Okezie Ikpeazu of Abia State, and his Benue State counterpart, Samuel Ortom.

It was gathered that the meeting between the political leaders was centred around reconciliation and the need to move the major opposition party forward.

In a chat with The Guardian on Sunday, George advised members of the party to stop twisting the purpose of the meeting or giving it any interpretation.

He advised the PDP leadership to wade into the ongoing blame game between the former Governor of Jigawa State, Sule Lamido and Wike.

The PDP chieftain also urged the party to immediately address the present injustice against the South within the party if Atiku must win the election.

He stated that the major positions in the party cannot be dominated by Northerners, adding that the South cannot fold its arms and allow this lopsided structure to continue.

He said: “I think the focus on Wike and his outburst is nothing compared to the issue of disunity, lop-sidedness and concentration of hierarchical positions in the party in one part of the country. The South cannot be an onlooker in this game for God’s sake.

“If Atiku wins the presidential election, I can bet you that they will do worse than what the present administration is doing in terms of marginalisation of the South.”