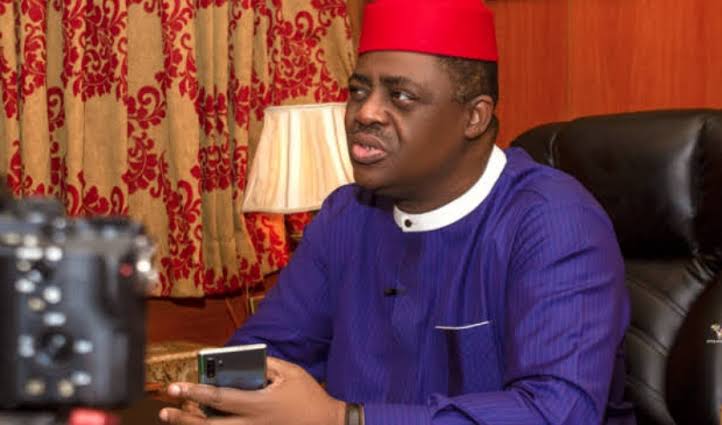 Nigeria’s former Minister of Aviation, Femi Fani-Kayode, has shared his belief on what the presidential candidate of the All Progressives Congress (APC), Bola Tinubu’s visit to former President Goodluck Ebele Jonathan meant ahead of the 2023 elections.

The visitation is coming months after speculations that the APC might give Jonathan its presidential ticket ahead of the 2023 general elections. The rumour became heightened after a group purchased the nomination form of the ruling party for the ex-president.

The speculation was, however, doused after Jonathan failed to show up for the presidential screening of the APC.

Making reference to the visitation, Fani-Kayode took to Twitter to say that what Tinubu and Jonathan did on Tuesday was to prove to the world that they both have class and to as well demonstrate what true leadership is.

Fani-Kayode who is known to be a critic of the Peoples Democratic Party (PDP) following his defection to APC, hailed Jonathan’s civility and leadership style.

He acknowledged that the PDP chieftain is one of the best things that has happened to Nigeria.

The APC chieftain tweeted: “Goodluck Jonathan is one of the most civilised, compassionate, capable & humane leaders that this country has ever known.

“I believed it in 2015 & I believe it today. I am delighted that Bola Tinubu and Kashim Shettima, our incoming President and Vice President respectively, had the presence of mind, maturity, decency & humility to honour him with a visit yesterday in order to brief him about their efforts & plans for our collective future as a nation & to pay their respects.

I am also moved & touched by the fact that, despite all the differences & challenges of the past, Jonathan received them so warmly and with such respect & joy. This is a clear case of politics without bitterness & it portends great things for the future. What Tinubu and Jonathan did yesterday was to prove to the world that they both have class & show what true leadership is all about.

“I thank God for their exemplary behaviour, inspiring leadership and respective lives.”