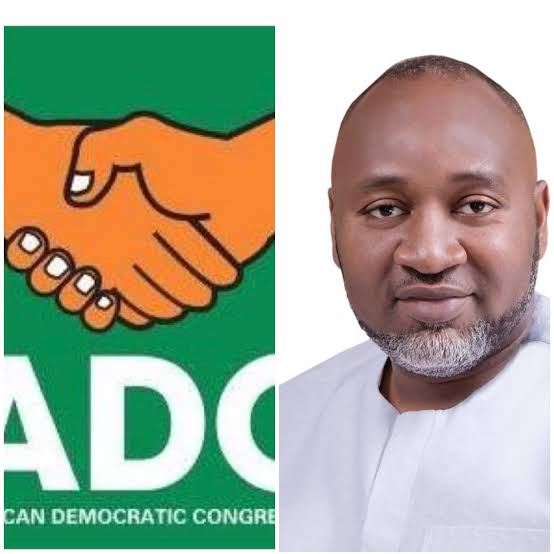 Ahead of the 2023 elections, Dumebi Kachikwu, presidential candidate of the African Democratic Congress (ADC), has been suspended by the party.

In a statement on Saturday by the party’s Deputy National Chairman (Politics), Bamidele Ajadi, obtained by POLITICS NIGERIA, the ADC said the presidential hopeful made “false, misguided and defamatory video” about Ralph Nwosu, national chairman of the party and some other national officers.

“The NWC viewed with great concern the baseless and defamatory video made, published and circulated by Mr. Dumebi Kachikwu, which was intended to disparage and impugn the integrity and image of a peaceful and transformation-oriented African Democratic Congress and its national officers,” the ADC’s statement reads in part.

This newspaper recalls that Kachikwu had on Friday stated that he and some of his colleagues want a caretaker committee to be put in place.

He said Nwosu had held his post for 17 years, which “is not right”.

Kachikwu, the younger brother of Nigeria’s former Minister of State for Petroleum Resources, Ibe Kachikwu, was declared winner of the ADC presidential primary election held in June after polling 977 votes against his closest contender, Kingsley Moghalu, a former Deputy-Governor of the Central Bank of Nigeria (CBN).