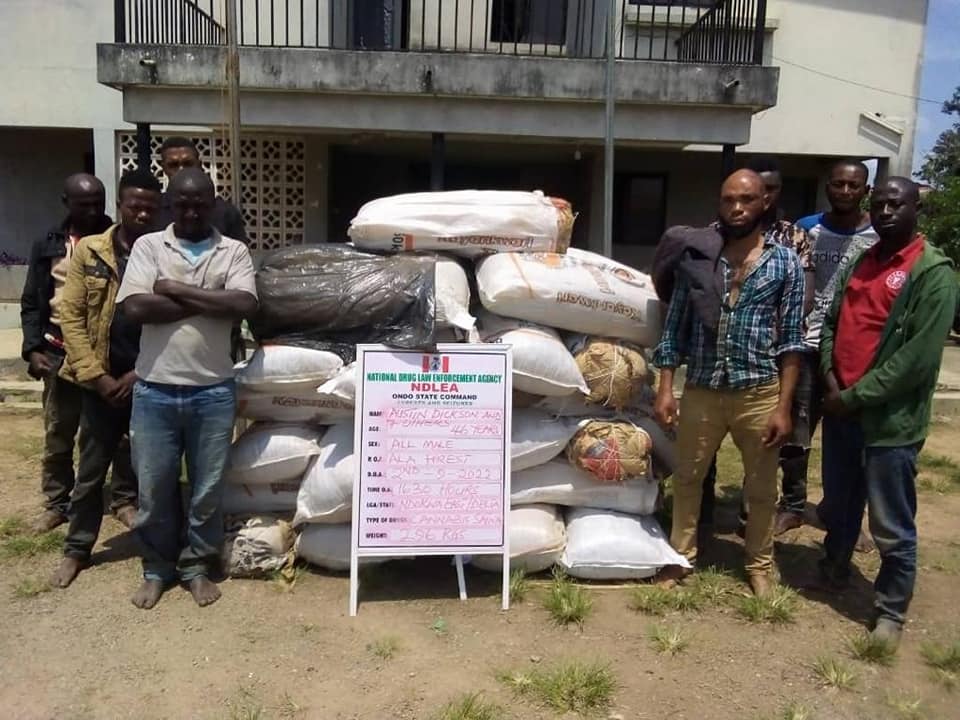 The Director of Media and Advocacy of NDLEA, Mr. Femi Babafemi confirmed the development in a statement on Sunday.

“Recovered from them include twenty-five bags of cannabis sativa weighing 296kgs, six explosive devices, six cartridges, four motorcycles, and assorted charms used in terrorizing farmers in the forest,” he said.

Babafemi said that the NDLEA operatives also discovered 5.5kg of cannabis concealed in CD players in a commercial bus along Sokoto-Bodinga road, on Saturday.

Upon search, 5.5kgs of cannabis were discovered inside the CD players and the owner, Nasiru Ibrahim arrested.
“While in another bus, a suspected bandit, Sani Ibrahim, 37 was arrested with some ammunition and cannabis sativa along Kware road, Sokoto State, ” he said.

Meanwhile, an Abuja businesswoman, Onyinye Nwoke, 38, has been arrested following an intelligence-led raid at her residence, 56 Aldenco Estate, Galadimawa.

He added that the operatives uprooted fresh stems of cannabis plants grown in the backyard of the house, while 800grams of cannabis seeds were also recovered from the house.

Babafemi quoted the Chairman, NDLEA, Brig. Gen. Buba Marwa as commending the officers and men of the Sokoto, Ondo, and FCT for the arrests and seizures.

Marwa charged them and their compatriots across the country to intensify the heat on drug cartels in Nigeria while balancing their efforts on supply reduction with drug demand reduction activities.