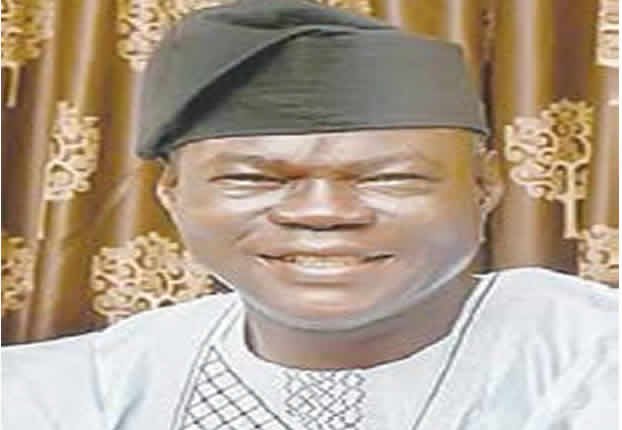 Former Osun State Commissioner for Information, Lani Baderinwa, tells BOLA BAMIGBOLA that the All Progressives Congress must be restructured to prevent further disintegration

Your party, the APC, lost the last governorship election in the state and your group has been accused of working against Governor Gboyega Oyetola. What is your reaction to that?

They said with or without us (TOP), they would win. They tried it, but they failed. That is to say they lack the morality to tell us that. We did not leave the party.

But the mainstream APC party leadership in the state referred to a statement credited to the PDP candidate, Senator Ademola Adeleke, who reportedly said Aregbesola’s men helped him to win. Was that not a confirmation of your group’s support to him?

If the man said Aregbesola’s men helped him to win, he did not say we voted for him. We kept our hands on our heads without shaking it and we didn’t vote. If we had voted and we voted for our party, would it not be added to their votes? They said we were inconsequential, that we were nothing. So, why is it that they are now crying wolves when none exists? Are they just finding out we meant something now?

Recently, the Osun State APC chairman said ward chairmen have been asked to write report on activities of members of TOP in their various wards for possible sanction. What is your take on this?

Was there any party activity in the last three years? There wasn’t any party activity, that’s the truth. The man who served as the secretary with him till October 16, 2021, (Salinsile) said they did not hold any State Executive Council meeting for over two years. So, where did they hold party activity? They kept on lampooning Aregbesola. I wonder what sense is in that. You constituted an 86-man campaign council, and you find it easy to leave the immediate past governor out of it. You are also complaining that he (Aregbesola) is involved in anti-party activities. Does that make sense to you?

But there were claims that Aregbesola stayed away from the campaign. Was that true?

I said they constituted a campaign council and they left him out of it. Will he now beg them in order to be part of the campaign? They put Senator Iyiola Omisore’s name who is the National Secretary of the party. He (Omisore) is an automatic member of the campaign council. They removed Aregbesola’s name. If you want somebody to come and work for you, to vote for you and all of that, you have to tell him, you have to ask him. Isn’t that the reasonable way to do things?

But with the trend this disagreement is taking, are TOP members ready for suspension?

I don’t know how much evidence they say they have, because to indict anyone using such allegations, you have to go beyond the reasonable doubt, except they want to engage in impunity which they are known for right from the start of this crisis. They never acknowledge it until everything went sour.

But it was also alleged that TOP members openly declared that Oyetola will not be re-elected. Didn’t they do that?

Instead of doing a thorough research on what went wrong and going to the street, they kept focusing on The Osun Progressives, whereas it is on the record that Oyetola was never acknowledged on the streets. If he was never acknowledged, who were the people that would vote for him? Was it only The Osun Progressives? You know they put the total number of The Osun Progressives at less than five per cent of the Osun State APC when we did primary election, and now, they are complaining.  The total number of votes they allocated to Alhaji Moshood Adeoti was 16,000 at the primary. In the last election, Oyetola lost by a wide margin. They are saying it was TOP members that worked against them. TOP that you said only had 16,000 votes? How reasonable is that?

They keep saying TOP. I don’t understand why they don’t think squarely. They lost focus from the word ‘go’. They did not do the governance they came to do. They kept attacking people, attacking groups (factions), attacking everybody as if this is the first time groups will exist in the politics of Osun State. The PDP have been fighting themselves for six to seven years and you will never see them chasing each other with cutlasses and guns. It is a shame that they focused on TOP. They are bad workers who will always blame their tools.

What is the way out of this crisis?

The way out as we have been saying for two years now that we have come out is that there is a need to reform the Osun State APC. We came up with a seven-point agenda. Let us sit down and look at the agenda, see how reasonable they are, the ones that can be accommodated and those we cannot. We cannot sit in the Government House in Osogbo and be dictating what will happen in Oyi Adunni in Ifedayo Local Government Area which you never visited before. You don’t know those who are there, or go to Amokegun in Ife North and pick in the party. You won’t know if they are members of the APC or the PDP or non-partisan in politics. You are just doing politics without a background knowledge of the place.

They have lost focus, and this badly affected governance. My take is, let them come back to the basics. Like we asked, let us reform the party and restructure it, and make it a strong war-horse with which we were winning elections. In the history of the Osun State, nobody has won with over 100,000 votes like we did in 2014. If you remember, it was the most glorious time for the progressive party, the APC.

That was when all the former governors of the state were in one party. Somebody made that possible. Somebody else alienated useful hands within the party, the party apparatus were jettisoned without thinking twice about it. You kept pursuing them about instead of keeping them within and ensuring they work for the interest of the party. Nobody does that and still expects the person will come back.