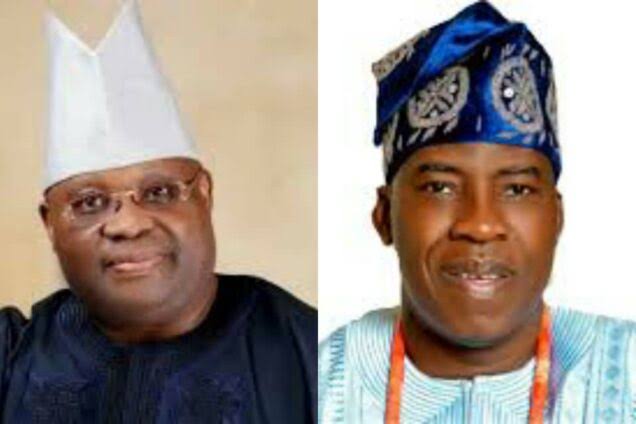 A chieftain of the Peoples Democratic Party and aspirant during the recent governorship election in Osun State, Mr Dotun Babayemi, shares with BOLA BAMIGBOLA his thoughts on his recent expulsion by the party and his next line of action

How would you describe your expulsion from the PDP, especially at a time the party is still celebrating its victory in the recently held governorship election in the state?

It’s simple. I can say it’s a charade orchestrated by a band of jesters who are afraid of even their own shadows. Seriously, it contradicts logic that some people within the party in their wisdom or lack of it always like to ruffle feathers for their selfish interests and sinister motives. We know them and their antics. They came out with this latest shenanigans they called expulsion when they failed on other deadly fronts. As for me and those supporting me, we remain undaunted and unfazed. Like the Yoruba would say, ‘awon na ni isoro’ (It’s their problem). So, as for me and my teeming backers across the length and breadth of Osun State, we are very much in the PDP. My purported expulsion carried out by some surrogates has been a long-drawn script by some few greedy lord of the manor who don’t feel comfortable with people like us who have decided to challenge them for the good of Osun and its people. Don’t forget, I’m not alone in this journey; I have respected leaders and elders of the party behind me.

By the grace of God, a former governor of the state, Prince Olagunsoye Oyinlola; a member of the party’s Board of Trustees, Alhaji Shuaib Oyedokun; and Dr Olu Alabi, among other respected leaders of the party in the state, are solidly behind the cause to emancipate the party from a few individuals who are bent on making everybody to kowtow to their feet. Never! It will never happen.

Your reported expulsion from the party was linked to absenteeism from meetings and litigation. Do you intend to withdraw the case in court against the governor-elect, Senator Ademola Adeleke, based on this development?

All the so-called allegations by these frustrated individuals are not only laughable but are equally cheaply nonsensical. I say so because the allegation of absenteeism is too infantile coming from little minds and their sponsors. I want to challenge the masqueraders behind this plot to a popularity test, not only in my hometown, Gbongan, but anywhere in the state and let’s see who blinks first. Me, absent from my local government since 2021? Common, that’s too cheap a lie!

On the second leg of your question, I think we have gone past the stage of withdrawal. They have crossed the line. I say so because at some point, I had agreed to forego my legal pursuits, on some conditions though. They spurned these opportunities due to their self-conceit, greed and winner-takes-all mentality. Just about four weeks into our efforts at bending backwards for peace to be achieved at all costs, they said we should forward a proposal containing our demands. We did but up till now, we didn’t hear anything from them except this purported expulsion. Even at that, they have not stopped abusing, vilifying and even threatening my life and those of my supporters. If one may ask: When has it become a crime to seek redress from the law court? After all, even the present Osun State PDP caretaker committee chairman and others installed by the national headquarters of the party sued the PDP and heaven did not fall.

What were the conditions you listed in your proposal for there to be peace?

The conditions date back to when the Eyitayo Jegede (SAN)-led reconciliation committee came with none seeing the light of the day. For instance, towards the presidential primary of our party which eventually produced Alhaji Atiku Abubakar as our party’s candidate, we agreed as midwived by Jegede’s Committee after about eight hours that the Adeleke group should take 20 delegates while we make do with 10. We all agreed. But unfortunately, in their usual manner, they reneged by taking everything at the end of the day, thus leaving us in the lurch. Thank God, those in the Eyitayo Jegede’s Committee are very much alive, they can testify to my claims.

What were the other demands?

One out of the three senatorial tickets, four out of the nine House of Representatives tickets and 10 tickets of the state House of Assembly, out of the 26. They said they wouldn’t give anything and they didn’t as of now and I doubt if that can ever happen again given the situation we now find ourselves in. Funnily enough, they found an ally in Aregbesola’s TOP (The Osun Progressives), a group the Adelekes prefer to release some positions to. We are keenly watching how their marriage will last. At every opportunity, we have always heeded calls for peace. The vice presidential candidate of our party, His Excellency, Ifeanyi Okowa, at the behest of our presidential candidate, Atiku, in conjunction with some party leaders, intervened with all these conditions clearly spelt out. All still came to nought. The most annoying thing is the fact that all contestable positions allowed by the constitution were contested by members of our group. For instance, for the governorship, out of the six of us that obtained forms, we were five until one left for another party. All of us paid over N21m each. Similarly, across the local governments, forms were obtained and paid for, for House Representatives, Senate and House of Assembly. As they spent money, we also spent money.

Many would have expected you to congratulate the governor-elect, Ademola Adeleke, on his victory at the poll but you have not. Why didn’t you congratulate him, and given the fact that the victory is for the party?

The victory is for the party and its people and we all rejoiced that the people voted out the administration of the All Progressives Congress that has been holding down the state in the last 12 years. I’m happy we won because we all worked relentlessly for the emergence of the party at the July 16 governorship election. I invested my time and resources and mobilised the electorate for that election.

Apart from withdrawing the matter from court, are there other ways you think the differences between you and the party could be resolved?

On the court case, let’s leave it as it is. However, I want to assure you that peace process is a continuous engagement. We are members of the same family; we are not fighting to finish like the Spartans. Rest assured that PDP is one big family in Osun and our current stage is one of the ingredients that make politics thrive; crisis mainly defines politics.

Considering the stiff opposition from the incumbent governor, Adegboyega Oyetola, before the election, do you think you would have won the election if you were the candidate?

In politics, I think I have gone through the crucibles and I understood the positive lines long before the July 16 governorship election. That’s why I said earlier that the party’s victory is for the people. Against that background, I would have won hands down because people’s minds were already made up due to the excruciating pains they have variously experienced under the APC administration in the state.

You were also accused of being absent from PDP meetings at the ward level. Why is that so?

I have answered that earlier. It’s one of their typical conjectures. Let them go and gather more allegations; they will all come to nil at the end of the day. I know I’m so much loved by the people.

How would you react to the allegation that you and your supporters were holding secret meetings with the APC with the aim of working against PDP’s victory in the governorship election?

I have heard it too but I can tell you that it’s nothing but a case of giving a dog a bad name with a view to hanging it. I think the onus is on those alleging this to prove, otherwise let them shut up. I came into the race with the sole aim of becoming the governor of the state on the platform of the Peoples Democratic Party and that remains sacrosanct. I remain unshaken in my belief to that effect.

Some people would ask, what contributions have you made towards the growth of the party?

Well, at the risk of sounding immodest, I think I have contributed immensely to the growth of the PDP in the state and beyond. I have invested my time and resources. Majority of our people know this and they appreciate it.

With the latest development, do you intend to leave the PDP and join another political party?

Why should I or my supporters leave the PDP, to where? Anyway, that is one of the lies being churned out by those who are intimidated by our rising popularity. PDP is the party to beat and that’s why after our governorship election, we are channeling our energies towards the 2023 presidential election so that we can be victorious.